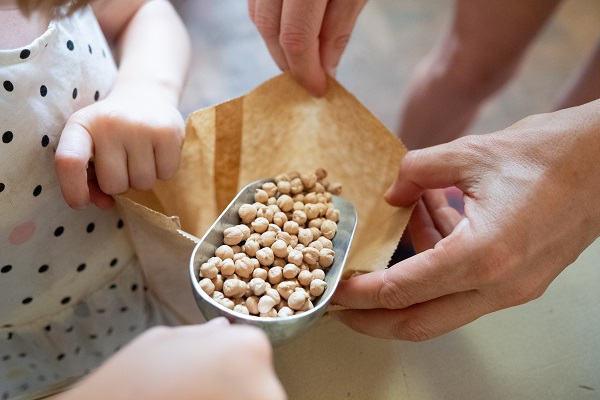 The humble chickpea or Chana, one of the first few crops brought into the agriculture fold about 10,000 years ago, has just got a genomic leg up. A global consortium of scientists have traced its origin to the Fertile Crescent area (the Middle-East) and sequenced 29,870 genes from 3,366 chickpea lines drawn from over 60 countries.

“This sequencing would mean a lot for both chickpea farmers and consumers. It could mean development of high-yielding and climate resilient chickpea varieties,” Rajeev Varshney, a Research Program Director at the International Crops Research Institute for the Semi-Arid Troipcs (ICRISAT).

Besides capturing the roots of chickpea, the scientists have traced how this crop fanned out to different parts of the world from its place of origin. The Hyderabad-based institute has led the global study in which scientists from 41 organizations participated. The findings of the study are being published in the science magazine Nature. “This is the biggest pile of sequencing for any plant. This puts chickpea among the small group of crops with such an extensive genome map. This would go a long way in improving the yields and productivity of chickpea, which is a key source of protein for crores of people in India and other countries,” he said.

While one path took it to South Asia and East Africa, the other took it to the Mediterranean region as well as to the Black Sea and Central Asia,” he said.

The new study sequenced 3,171 cultivated accessions and 195 wild accessions of chickpea that are conserved in multiple gene banks. “The demand for chickpea is set to increase in the coming years as the world’s population rises. Research like this is the need of the hour to help major producing countries like India boost crop production while making crops climate-resilient,” Trilochan Mohapatra, Director General, Indian Council of Agricultural Research (ICAR), said in a statement on Wednesday.

The study identified blocks of genes (or haplotypes) in the domesticated varieties that can significantly enhance performance of the crop by improving traits like yield, climate resilience and seed characteristics.

“We have arrived at 56 promising lines that can bring these haplotypes into breeding programs to develop enhanced varieties,” Manish Roorkiwal, a Senior Scientist in Genomics and Molecular Breeding at ICRISAT and co-author of the study, said.