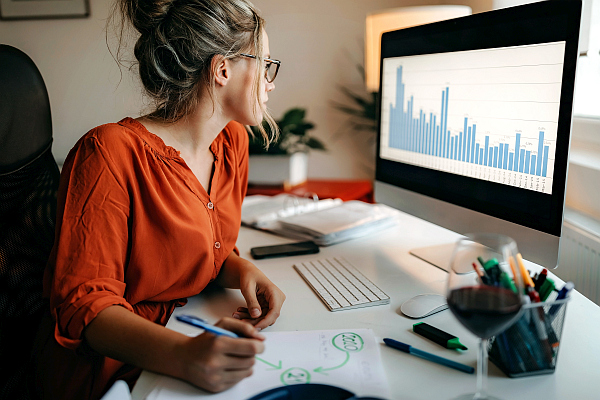 The Almond Board of California has released the September Position Report with shipments of +227.6 million pounds compared to 260.9 million pounds last year for a decrease of -12.8 percent.  The decreased shipment number was expected mainly due to the challenges of the shipping industry combined with the elevated prices compared to last year.

HARVEST:  Harvest is coming along.  The varieties of Nonpareil and Independence are completed.  The pollinator varieties are still being harvested, and most areas should finish within the next two weeks.  Most sites are reporting their crop is down 8-12 per cent while the Northern part of the state is down 15-25 per cent compared to last year.  Sizing across the board for all varieties is smaller than the previous year.  Most varieties are down one full sizing.  It appears most nonpareils are closer to 27/30- 30/32 in size this season.

MARKET:  The market has continued to move during the past four weeks, with sales taking place each week.  The volumes being sold are steady.  The New Sales in September were +232 million pounds.  The Industry is now sold at 42.1 per cent for the new crop and sold at +34.5 per cent for the new crop plus carry in.  Overall prices have weakened during the past four weeks as demand was not as robust as typical for this time of the year.  Buyers and Sellers are both frustrated by the woes of the shipping industry.  The shipping lines continue to roll loads each week, and freight rates continue to climb each month upwards.  Due to the continued shipping challenges on export business, we have seen some packers be a little more aggressive on Domestic FOB Plant business, especially for nearby pick up of End October and First Half November.  Nearby pickups help alleviate BIN and warehouse space while waiting to get some of their export loads to the port and shipping.  Some growers still feel the crop is poor and combined with the outlook of the continuing drought, many growers are withdrawn and do not want to sell at this time.

OUTLOOK:  The outlook on paper for October shipments look strong; however, with approximately 25 per cent of loads being rolled/delayed each month, we will most likely see shipments similar to last year for October.

SEASON TO DATE SHIPMENTS: This is the first shipment report for the 2021 season.

DOMESTIC/ USA: September 2021 shipments versus 2020 shipments on an inshell equivalent were up 5.3%

EXPORT: August 2021 shipments versus 2020 shipments on an inshell equivalent were up 30.3%

MARKET/ PRICING: Impressive shipment numbers to start the season for California, even if most of these shipments were 2020 crop. Sales for 2021 have been slow for September, most likely caused by solid pricing suppliers demanded at the beginning of the month. Inshell has been especially slow as buyers in the Middle East turned to much cheaper alternatives from China. As a result, prices have decreased to levels seen in August in the past ten days, which has significantly increased demand.

Kernel sales have been stronger than inshell, especially for 80% Chandler Halves as suppliers are hesitant to offer in quantity. This is due to the smaller sizes expected on the Chandler crop; smaller sizes usually mean halves are challenging to produce. Prices have remained well above 4.00 per lb. FAS on 80%, despite numerous attempts by buyers to purchase for lower levels.

Harvest: Chandler harvest has begun in most portions of the state, early feedback is excellent quality, but sizing is small. Howard harvest started several weeks ago; feedback is average to above-average quality depending on location. We will have additional updates as the harvest progresses.