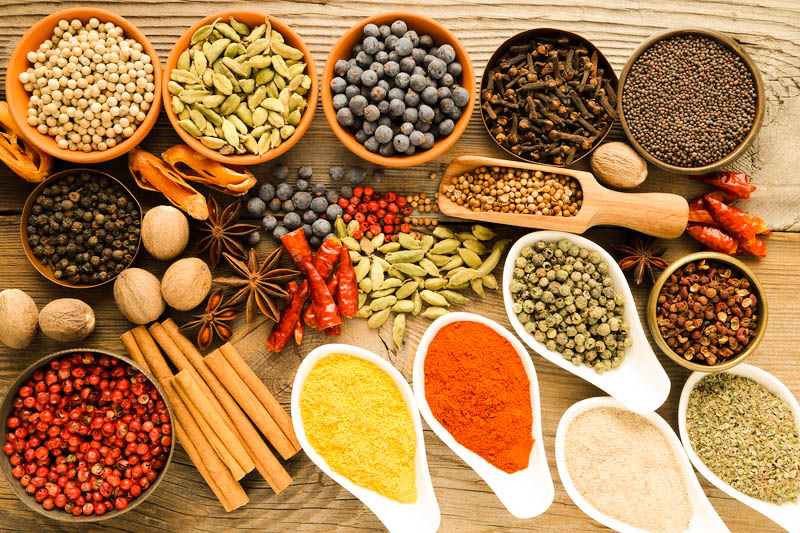 The month of August was good news for the traders and farmers of spices in India. Most spices like Fenugreek, Coriander, Cumin, Fennel, Nigella, Cardamom, and Black Pepper enjoyed a stable run in the market and an upward trend towards the end of the month.

Several factors, like the arrival of festival season, less rain, better domestic and export demands, resulted in the betterment of the prices for the spices. Nevertheless, the change in the spice prices was quite significant compared to how it went in July.

Green Cardamom 8mm variety began the month at $23,34 per kg FOB. Despite the fluctuating price in the early months, towards the middle, the price started increasing before closing on a higher note towards the end at $23,02 per kg FOB. The upward trend for other varieties of cardamom was recorded too.

Fennel recorded good pricing for all its varieties towards the month’s end. A Grade 99% after opening the month at $1,51 per kg FOB, decreased to $1,49 per kg FOB and closed at $1,61 per kg FOB.

Cumin prices from the beginning of the month started increasing. It opened at $1,95 per kg FOB and was stable before increasing to $1,97 per kg. Every week the price for cumin this month continued with an upward trend before closing at $2,19 per kg FOB for A Grade 99% pure. The story was the same for other varieties of cumin too.

Fenugreek opened the month at $0.94, experienced a southward trend but picked up the price in the middle of the month and gradually increased to $1,05 per kg FOB at the end of August.

Nigella varieties like Machine Clean increased to $3,08 per kg FOB towards the month-end after recording the lowest price at $2,95 per kg FOB earlier this month.

Coriander Eagle Split 5%, and other varieties had a stable run in the market before a gradual increase in the price was witnessed. The price for coriander Eagle 5% split was $0,92 per kg FOB, and it increased to $1,05 per kg FOB at the end of the month.

Most of the other spices experienced stable pricing in the market for August.