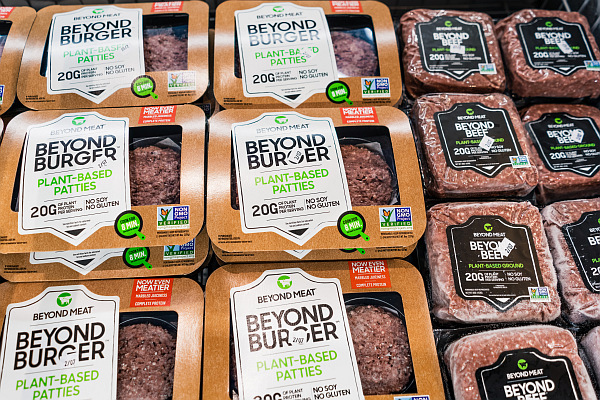 The domestic market will only be marginally affected

Since July, US retailer Alianta Group has stopped supplying vegetable meat to Russia due to the food embargo and container problems, Kommersant reports, citing its sources. The halt in deliveries is related to the almost complete lack of containers for frozen products and a legal dispute with the Moscow Regional Customs Office over the classification of goods, Alexander Buinevich, development director of the Alianta Group distribution company.

The goods were registered as “other protein concentrates and textured protein substances” upon import. Still, customs insists that Beyond Meat products should be classified under the “other food” codes, which fall under the food embargo imposed in August 2014. The Moscow Arbitration Court has already ruled that the customs action was illegal. However, the plant-based Meat is still missing from retail chains Azbuka Vkusa, Utkonos and Rosinter. Sales will resume soon, Buinevich promised.

The Ecko Group has already filled the niche of vegetable meat in Russia with the Hi! There is no fundamental difference between the American and Russian counterparts, Andrey Sizov, director of the SovEkon analytical centre, told Kommersant. The domestic market for vegetable meat is attractive for producers. Euromonitor International estimates that sales of analogue Meat in Russia will rise 18.1% this year to 3.66 billion roubles.

Andrei Zyuzin, managing partner of the venture capital fund Fuel for Growth, believes that the absence of the well-known American company’s products in Russia will go unnoticed by the vast majority of the population and that the most significant inconvenience will be for cafés and restaurants that have the vegetable meat producer’s name on their menus.