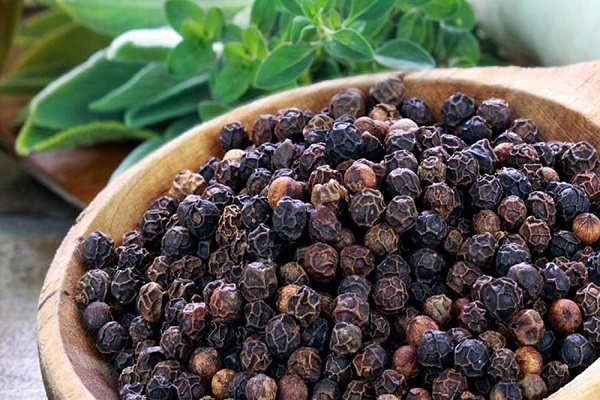 For November, the international Black Pepper market witnessed a downward trend. According to the experts, the price might drop a bit further in December. The reason is buying activities are likely to go slow due to the holiday season.

However, prices are likely to change with different crop sizes and production levels changing across the major black pepper-producing countries. Therefore, it is currently too early to tell how the 2022 Black Pepper market will shape up.

Before going into the last two months, i.e., October and November’s market for Vietnam’s Black Pepper, here is a quick look at how the market traded between January and October 2021.

It is evident that till march the price increased, after which in May the price slipped and then remained steady till the first of October. After this, the price reached its peak in the middle of the month and then slowed down towards the end before going stable.

The price for Black Pepper in Vietnam increased by 8.5 percent in October due to relaxation and lifting of the lock-down. This enabled the markets to function normally. Furthermore, apart from the crisis caused by COVID, the increase in freight prices and shortage of containers resulted in the prices dipping for the spice earlier in the year.

After the price increase in October, there was a 2 percent price decrease in the Black Pepper market in Vietnam. The price slump is due to big companies buying the pepper in bulk for November-December and selling it at a lower price.

Also, the failure of Vietnam Dong to go on an appreciative mode against the US dollar resulted in the price slump.

There have also been reports of EU and the US markets opening their import demand for Black Pepper. The quantities ordered are immediate and are for the 2022 shipment.

Vietnam shipped about 229,589 tons of Black Pepper between January and October.

By 2022 the production of Black Pepper in Vietnam will be less than usual. It is expected to reach 200,000 tons only. The cause of less production is due to the unstable weather conditions in the growing region. Also, the harvest season has been delayed due to the region’s sudden tropical storms and cyclones.

2022 Crop Prediction For Other Countries

There has been a continuous increase in the plantation of Black Pepper in the country. Therefore, the price is expected to remain stable for Brazilian Black Pepper, quoted as between $3700 and $4800 pmt FOB. But this will be determined by the shipment received from Vitoria in the south or Ville in the North.

The freight price in Brazil, which is about an increase by 70 percent, is a concern for buyers and sellers. Most of the Brazilian Black Pepper export was to the Middle East and Asia.

India’s crop size is also reducing due to the weather and unfavorable climate. The production is expected to reach about 60,000 tons. There was a sudden price hike for the spice in the month from $5.47 to $6.94 per kg, about 25 percent high due to the sudden unexpected rain in south India. It led to traders and stockists increasing their purchase of the commodity.

The production is expected to reach 20,000 tons. The price for the pepper increased from $4300 to $5800 PMT due to the price hike in the Indian market. Indian traders who had the license to import bought Sri Lankan pepper aggressively, pushing the prices northward.

China is expected to have 30,000 tons of Black pepper and will import between 50,000 and 55,000 mts. They are still covering their stocks and are likely to do so until the end of the year.

In 2022 the price for Black Pepper is expected to reach $5000 PMT, and it will give a good return to the traders and buyers if they start taking their positions in the market from now.