Brazil Soybeans: The pace of pre-sales of new beans by Brazilian farmers is significantly lower than in the same period last year 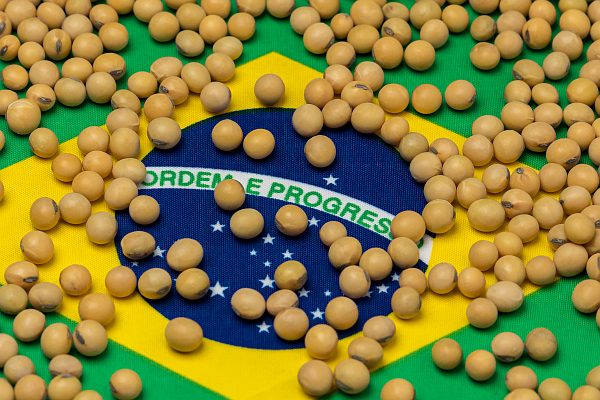 BEIJING: Foreign media news on September 5: Consulting agency Safras & Mercado said on Friday that so far, Brazilian farmers have pre-sold about a quarter of the soybeans for the year 2021/22, which is only half of the pre-sale volume of the same period last year.

According to Safras, the pre-sale quantity of Brazilian new beans is equivalent to 25.6% of the output forecast, far lower than the pre-sale ratio of 49.3% in the same period last year. The average pre-sale progress in the past five years was 24.9%.

Brazilian farmers have pre-sold 36.3 million tons of new beans. Safras predicts that soybean production in 2021/22 will reach 142.2 million tons. As Brazilian farmers expect soybean prices to rise, coupled with downward pressure on the real exchange rate, farmers are reluctant to sell. In the state of Mato Grosso, Brazil’s top soybean-producing region, farmers have pre-sold 39% of new beans, down from 55% in the same period last year. In Parana, the second soybean-producing area, the pre-sale ratio of new beans is 16%, and the pre-sale quantity is only one-third of the same period last year. In the Rio Grande do Sul, the No. 3 soybean-producing area, soybean production is expected to reach 21.1 million tons, and the pre-sale ratio is only 10%, which is lower than 35% in the same period last year.

As far as seasoned soybeans are concerned. Brazilian farmers have sold 86% of 2020/21 soybeans, down from 98% in the same period last year. This means that Brazil still has more than 19 million tons of old beans to be sold.