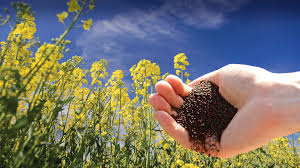 Bulgaria’s sunflower seed and rapeseed production are forecast to rise in the marketing year 2021-22 over the previous year due to good weather conditions, according to a Global Agricultural Information Network report from the US Department of Agriculture (USDA).

“As of mid-July, the rapeseed harvest was 46% complete with reported yields exceeding earlier estimates,” the USDA said.

On the other hand, the USDA also reports that weather conditions still strongly impact the sunflower seeds development. In recent days it has been scorching hot and dry, which has also led to damage to the plants, according to some market participants. Experts are very cautious about positive forecasts, and this is felt in the market. Currently, sellers offer hulled sunflower kernels at a high level, around 0,90 Euro/kg EXW Bulgaria.

This is an indication that people apparently no longer believe in a record harvest. The situation could develop similarly to last year. Initially, many market participants assumed a record harvest, but the figures were corrected several times downwards.