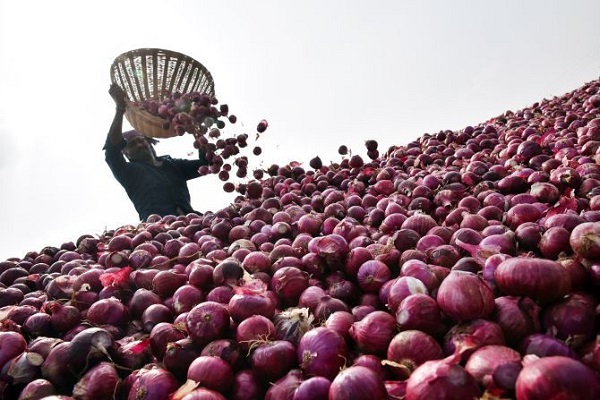 Reports state the majority of planting of onion for 2022 is over in the US except for regions of California’s Lake Tule, Oregon, and Washington. However, the expected production is likely to decrease by 7 to 12 percent compared to last year. Similarly, Egypt’s onion winter crop plantation has been reduced by 40 percent.

In contrast, India has increased the dehydrated onion acreage to more than 20 percent, and China, too, has increased its production. Will this help India navigate the international market better with the dried onion supply?

Though India has increased the planting acreage for the commodity, reports suggest the yield will be lower by 10 to 15 percent compared to last year. The reason is due to the disease in the plants, pest attacks, and unseasonal rainfall during the growing time.

India for 2022 planted the crop through a direct sowing model to check the labor cost. However, the nursery and transplantation model incurs a higher price, which can be another factor for low yield.

The exact idea of India’s production and overall yield can estimate towards the end of 2022, Q1.

The current price of dry onion in the market is stable despite the bottleneck in the shipment.

Prices of Chinese dry onion are similar to India during the first quarter of 2022. This is because the production of the commodity has increased significantly. But the issue with the freight is keeping the price under check.

Factors that are impacting crop production in the country are continued drought. As of early March, the water reservoirs in California are still below average, with Shasta Reservoir recorded to be at 37 percent of the normal levels.

In the Sierra Nevada, the snow-pack for January 2022 was at 92 percent compared to the average level of 160 percent, which was recorded for December 2021. Also, with the Bureau of Reclamation announcing zero percent water allocation for the CVP agricultural contractors and West-land Water District, the chance of increasing the production is low.

Also, the hike in the labor cost has pushed toward lower production. It is reported to be up by 4.5 percent. The increased cost of fertilizers due to the war between Russia and Ukraine is affecting crop production.

The US has put a potential ban on the urea that it imports from Russia, and the cost of deiseal has increased by 40 percent. The prohibition on the import of Russian oil will significantly impact the production of the commodity.

With the low production and the current international scenario, the manufacturing costs for dry onion will remain inflationary for 2022. As a result, they can increase by 30 to 35 percent for the next contract cycle.

The farmers of Egypt decreased the plantation for onion due to the poor export in 2021 and the weak pricing. As a result, it caused a large supply glut in the local market. But despite the lower production, the last year’s summer crop keeps the price in check for the winter crop. Also, the other reason for decreasing the output is the higher labor cost which is estimated to be up by 40 percent.

The present situation indicates an inflationary cost environment for the dried onion market. Likely, the war, the impact of the natural gas, and the oil market with an increase in the freight rates, the price will become firmer this year.

There are also reports of constrain in finding destination markets for the origin countries in 2022.

It remains to be seen if India can benefit from the increased production of dried onion in the international market.