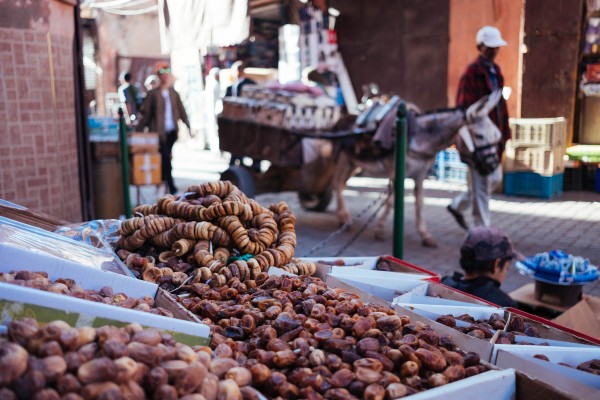 ESTAHBAN – Estahban city is the centre of dried and rainfed fig production and Iran and the Middle East. Dried figs are the fourth largest dried fruit export in Iran and have a good currency income. Last year, Iran had 70 to 100 million USD earning of currency from figs. Selling unripe crops, lack of proper packaging, lack of commercialization, and political problems are the most important challenges for Estahban fig exports.

Approximately 25.500 hectares are under cultivation of Estahban fig orchards, and about 20.000 to 23.000 tons of figs are harvested from the county’s gardens annually. One of the export destinations of Iranian figs is China, but this product is also smuggled to China. First, it goes to Vietnam, then it enters China, and after China, Japan, European and American countries are the export destinations of figs. Estahban figs are currently exported in 5 and 10 kg packages, and they should be available in smaller packages for added value. China is one of the very good markets for figs, but raising export tariffs prevents Iranian nuts and dried fruits like figs from entering the country directly. So traders have to send these products to Vietnam, and it gets very easy to enter China. Smuggling in China is not easy unless the Chinese open the way for smuggling, and in fact, it can be said that the Chinese are bypassing Iranian traders. Because goods are smuggled into China, it becomes difficult for Iranian businessmen to return the currency.

This is while if traders can import figs directly to China and intermediaries get cut off, this product will enter the Chinese market at a reasonable price. The currency will be fully returned to Iran. For example, by smuggling this crop, if it has to return 10 USD from exports to the country, it just returns 4 USD practically, which is less than half. Iran’s economy is dependent on Iranian politics. Iranian ambassadors don’t have an economic viewpoint that is different from other countries’ ambassadors. This politicization of the economy has left the Iranian Ministry of Foreign Affairs deprived of many other countries’ potential. As for the increase in China’s export tariff, the Iranian Ministry of Foreign Affairs had to act quickly and solve the problem of businessmen.

In addition to the export problem in commercialization in Fars figs, especially Estahban, has not worked well, and the value chain has not been created. The value chain means that sales and exporting figs are all in a value chain from the beginning before planting until the harvest time. Everyone does their specialized work in the value chain, and the producer no longer thinks about exporting because, in this chain, the exporter assumes this role.

There are currently some farmers who have several hectares of fig orchards. In addition to their product, buy figs from other gardeners and export them. Somehow the export of figs has been monopolized in this city. There is a lot of monopolization on exporting nuts and dried fruits, especially pistachios and figs. This issue has caused some people to price these crops and buy them from the producer and gardener at any price. If a value chain is created for Estahban figs, the profit of fig production and export will be distributed among all chain members.

Offers for dried figs at Commodity Board, click here.