Chickpea Prices in the Market Unlikely to Have Bearish Trend 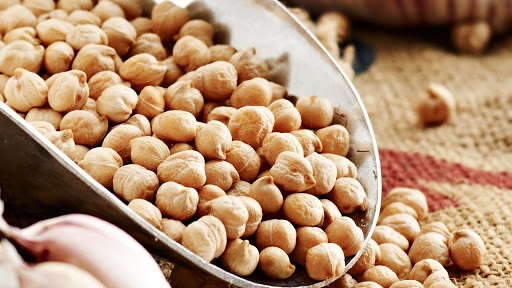 INDIA/MADHYA PRADESH/INDORE – The trend of profit booking earlier impacted the price of chickpeas in the market. All the varieties experienced a dip; for instance, 42-44 (12mm) decreased from $1,37 per kg FOB to $1,36 per kg FOB. However, the market will be stable for the commodity, as per the experts. While the price won’t increase, the fear of the rate going down is also not there.

The producers are not eager at the current spot prices, and hence there won’t be any fall in the price. As a result, this means buying the commodity now will be profitable. There are also reports of slowness in the arrival of high-quality products, while the lower and light quality chickpeas are now going into challan and will continue to be so.

Currently, along the Bhopal – Indore line, the goods that are sold are of medium quality, and the price is higher than in Delhi retail market by $3,91 – $ 5,21.

According to traders, in Maharashtra, too, chickpea prices will not go down and will stay stable.

Reports state that there is a stronghold of the products by the stockists, which will make any movement in the market hard. It is believed that even if there is a slowness in the tend, it won’t be more than $1,30-$2,60 per kg.

One of the significant reasons affecting the buying is the season and the lack of off take of the exchange rate of rupees in the market.

The increased freight rate has dwindled the import of the product from Australia. As a result, the buyer will look toward domestic products, and it will help the price to move up.

But due to the more arrival a few weeks ago than the demand, the price dropped. As a result, farmers are apprehensive about selling their crops, which has led to fewer chickpeas this week in the spot markets.

There will be an uptake of the commodity in the coming days. However, experts predict that the market will not be bearish for chickpeas in the long term, though there will be times when the price will be stagnant. Currently, there is a chance to study foreign goods as the harvesting has started among the international producers of chickpeas. It will also allow India to show the quality of homegrown crops against the global market.