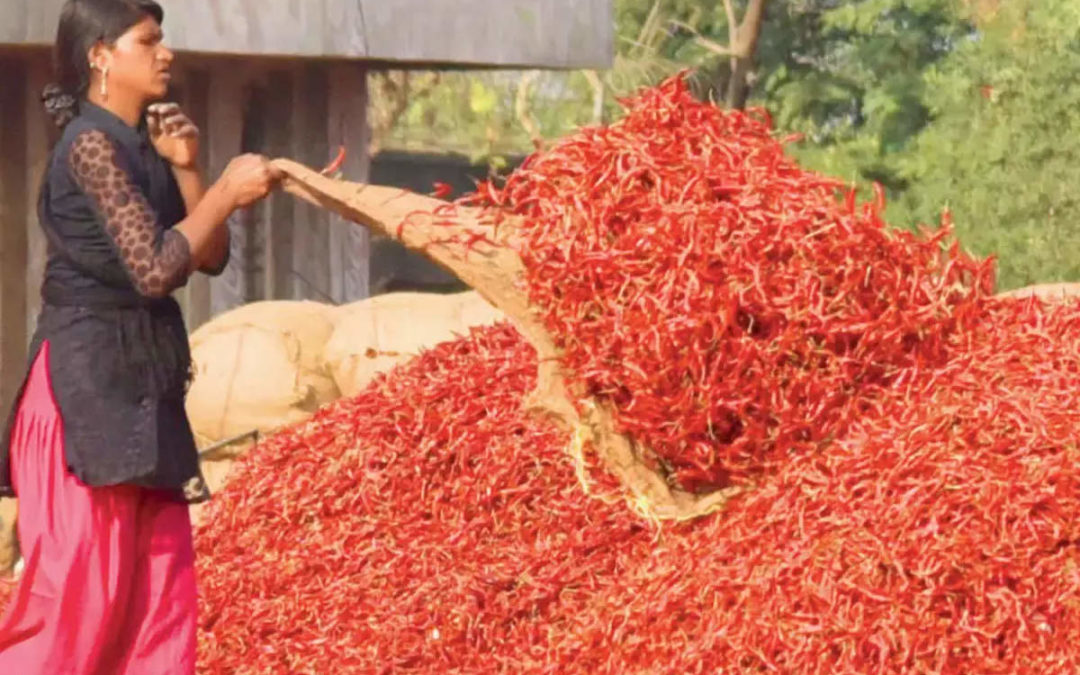 It is predicted that the chilli prices might witness a downward trend in the coming days due to the decrease in demand in domestic and international markets. The only place that had a good need for chilli was Kerala because of the Onam festival, but the rest of the country had less than average requirements for the product.

However, it is expected that there might be an improvement in the domestic demand for chilli in the coming months due to the festival season across the country. But the weather condition might play a significant factor in how the chilli prices will shape in the coming days.

The arrival in all the major mandis across India is currently good, but about 5 to 10% of the won crops were damaged in July due to the high temperature. Farmers are looking towards replanting the crop to cover the damage. They have also delayed sowing by 20 to 25 days in different areas of Karnataka to avoid the unseasonal rain, which can damage the chillies in the early stage of its fruition. It has been reported that 70% of the sowing is complete in Karnataka.

In Telangana and Andhra, the sowing operation is on time and is expected to fish as per the schedule since most regions received adequate rainfall.

It has been estimated that there will be an increase between 25 and 30% in the acreage of chilli sowing. In addition, hybrid varieties sowing is also likely to increase.