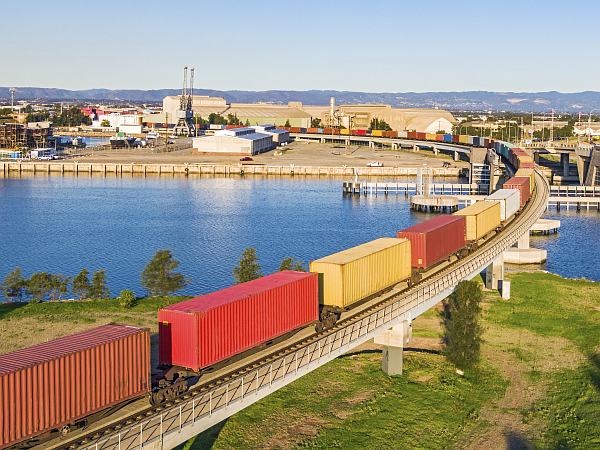 Kazakh entrepreneurs and Atameken NCE are demanding that the government strengthen its negotiating position with China, which has significantly restricted cargo traffic since last year and refused to accept Kazakh grain altogether this month due to stricter quarantine measures. In addition, the shipment of goods to Kazakhstan is also restricted, while the transit flow to Europe is maintained.

The problems of cargo transhipment with China were discussed at a round table with representatives of Atameken, KTZ freight transport and government authorities. The NPP favoured government involvement in the high-level negotiation process but showed a stricter stance.

“I think Kazakhstan needs to show its negotiating position to China. It is necessary to show its strength,” said Maxim Baryshev, chairman of the Atameken NPP regional council in Almaty. – Because China does not understand gently. When restrictions were imposed on the border a year and a half ago, we were still kind of in agreement. They motivated this by carrying out specific procedures to clean the cars from the virus. We agreed to their conditions when they started requiring us to transport – in big bags, etc. But when they said they would not send goods to Kazakhstan, but transit, our government said: are we talking some more? Well, how much can you? Like entrepreneurs, we do it like this: one wagon for transit, one wagon for Kazakhstan. Let’s set these terms.

“Our bargaining power has diminished. Let’s talk about it openly,” he said. – The National Chamber, together with industry associations, has done a colossal job in conveying the idea to the President that it is necessary to strengthen negotiations. At a Supreme Council for Reforms meeting on 24 September, the President gave concrete instructions to the government to help resolve this situation. The problem must be addressed systematically. Our grain farmers are now completing the harvest; we need to help the companies take out perishable products in time not to lose value.

At the same time, the railway company of the Republic of Kazakhstan does not rule out the possibility that restrictions on the Chinese side could be related to preparations for the Winter Olympics scheduled for February 2022. In that case, the congestion at the border will last until spring.

According to KTZ-GP, there are currently 5,260 abandoned cars in the direction of Dostyk and 827 cars in the order of Altynkol. There are about 1270 wagons with grain, which have been left for about six months.

“There is a high risk that the cargo will be damaged,” said Nurzhan Kelbuganov, Executive Planning Director of KTZ freight. – Work is now underway to reroute goods in other directions. In the negotiations, Chinese Railways refers to the decisions of the XUAR government. Accordingly, it is necessary to contact the government, he said. A video conference involving authorised government agencies is planned for November. Last year, the issue of receiving goods was settled at the site of such a meeting.