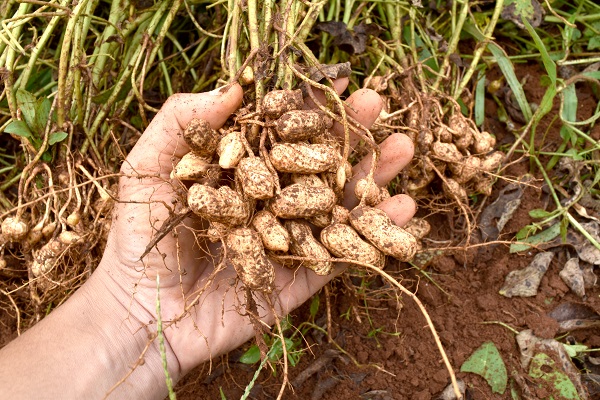 The third IOPEPC Global Oilseeds was held in October 2021, where an overview of how China is conducting its trade with Senegal for groundnut was reported. The overall trend from the presentation was that China would be the leader in determining the global price for peanuts in the coming months.

Though the presentation focused on China’s import of groundnut from Senegal, the former being one of India’s major commodity importers, it is likely to affect the price of the crop.

Putting the focus back on Senegal, the country produced 1.85 million tons of groundnut against the total planting area of 1.3 million hectares for 2020-2021.

While consuming and exporting 30 percent of the produce, Senegal lost about 32 percent of the crop in deshelling. But the export rate for Senegal’s peanut has increased systematically since the last five years, 2018 being the exception.

The report also stated that 37 percent of China’s peanut is imported from Senegal. With an increase in import of the seeds from China, reports suggest lesser crushing of the peanut in the origin country. As of August 2021, Senegal exported 240k MT of Peanut Oil and is expected to reach 300k MT by December 2021. But it is 100k MT lower than 2020. The main reason for the drop is the increase in freight prices and the shortage of containers.

But with forbidden trade from Darkar port and export being allowed only from February, the country’s peanut prices might be impacted.

Future Of Groundnut Based On China’s Import

China continues to be one of the significant peanut oil players in the market globally, where it purchased over 1 million MT of kernels last year for crushing only. The last time China crossed this number was in 2017, but Beijing’s peanut oil market price also crashed that year.

So, while the stock levels are high in the oil and peanut kernel market, the overall small package sale is not faring well. With high purchases during the last season and expected carryover stock, the country will start purchasing groundnut is unknown.

Furthermore, with the lessening of local demand for the seeds in the food industry, mainly the fired peanut due to the increase in soy oil price has dropped the sale of peanut in the food segment by 20 to 30 percent this year. COVID-19 is another factor that has also negatively impacted the seeds’ price with restrictions in eating outside, traveling, and closure of restaurants and food joints.

But with overall Chinese peanut market remaining bearish may act as a depressing factor for the Chinese buyers, and they will not accept higher prices for the product. Also, logistic challenges continue to be a factor. Therefore, the peanut market in Senegal and India will have to be based on other importers and local demand.

Since the last week of October, peanut prices remained steady before becoming bearish on November 1. It now remains to be seen how the market fares post-Diwali.