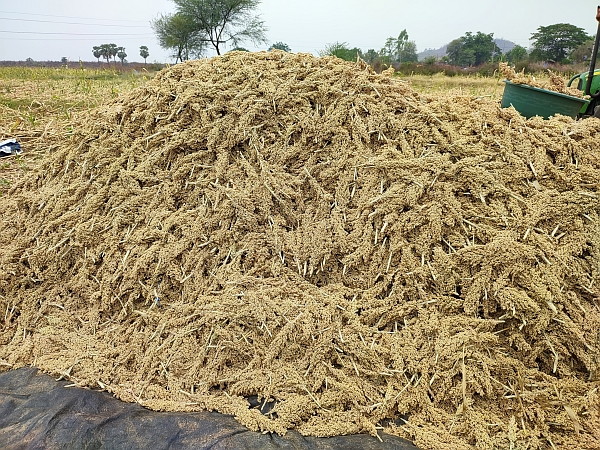 DALIAN: n mid-to-early October, many new millet production areas were put on the market, and the raw grain selection of downstream rice mills increased. There are differences in the quality of organic MMillet, and the price difference is enormous. The cost of purchasing raw grains of Golden Seedlings has increased, and the price of organic MMillet has risen from the beginning of the month.

The harvesting of new MMillet in most producing areas is coming to an end. After the weather is clear, it is conducive to drying, and there is a significant increase in the source of marketable grain. The national average yield of new grains is more than 300 kilograms, and the production areas carry over old grains. The market supply pressure will be more significant before the Spring Festival. From the perspective of demand, the terminal Millet is gradually entering the digestion period, and the demand for raw grains has shrunk significantly from November to December. There may be a small amount of replenishment before New Year’s Day. When farmers enter the twelfth lunar month in January, some rice mills may reserve the supply of goods after the Spring Festival, but they have little effect on the market.