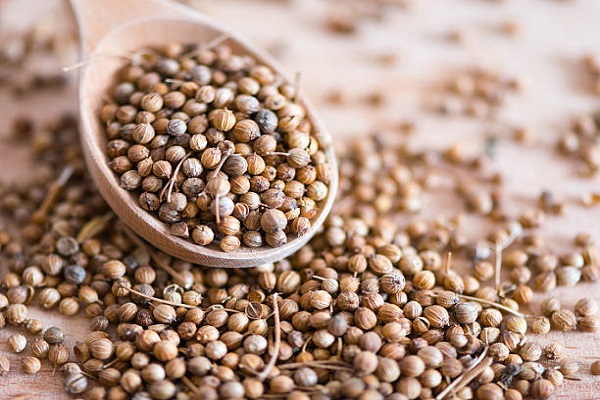 India: The arrival of coriander in the spot markets of the top producing state, Rajasthan, has declined. But despite the decrease, the price has not improved significantly. Rather than some marginal increases, the coriander prices in the wholesale market across India are still the same.

It has been reported the arrival is down to 5 thousand sacks a day in the Ramganj spot market of Rajasthan.

The arrival has decreased across the country the produce. However, the stockists and sellers are not interested in buying coriander at this high price.

Since March 16, 2022, there has been a steady increase in the product’s price, without any slowdown.

Local traders say the activity in the market for the spice will make it stay at the same level.

One of the primary reasons for the lack of purchase in the market for coriander is slow purchase and demand from south India. During this time, generally, there is a significant improvement in the purchase among the South Indian buyers. Typically, they stock the product to meet the local consumption demand during the monsoon, but no such plans are in place this time.

It is reported the south Indian buyers are not only not purchasing from Rajasthan but also have stopped the buying process from Madhya Pradesh and Gujarat, the two other leading producers of coriander.

One of the primary reasons for the lack of demand is that the current wholesale price is higher than average.

Stockists of South India may be planning to avoid buying coriander at skyrocketing prices. But, if so, then the question also arises: What is the substitute for coriander?

From June 1, the monsoon season, also known as Chaumasa in common parlance, will start in the country.

According to the recent forecast expressed by the Meteorological Department, except for Northeast India, other parts of the country will also see average rainfall during the upcoming monsoon season.

Not only this, the Meteorological Department declared the monsoon on the coasts of Kerala on June 1.

If the prediction is correct, then South Indian states like Kerala, Karnataka and Tamil Nadu have significantly less time to purchase coriander to meet the consumption of monsoon season.

Traders say that the seasonal demand of South India is currently awaited in the spot markets of central producing states.

If their demand comes out soon, then the wholesale price of coriander may also rise proportionately. Still, if the demand turns out to be weaker than expected, then there is also a possibility that the stockists may be left with hope, and the price stays stable.

Earlier the price of the same variety increased to $1,37/ $1,40 per kg in the Ramjang spot market.

The price trend is indicative of the price increase for coriander across the months since March 22.