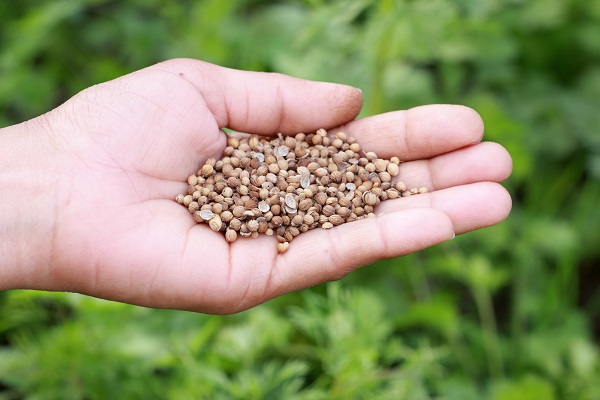 The coriander traders from Rajasthan are getting worried due to the lack of demand from the south Indian spot markets.

It has been reported that even Hadoti, the main coriander producing area of Rajasthan, still hasn’t experienced the demand for coriander from South Indian states.

Traders stated that the South Indian states generally start their purchase about a month and a half before the monsoon arrives.

The Meteorological Department of India reported that the monsoon would hit the coast of Kerala on June first. While it is already the second week of May, the demand is still negligible for coriander from the South. With only three and half weeks left for the monsoon to arrive, the major states like Kerala, Karnataka, and Tamil Nadu are still not in the purchasing mode.

The market is now experiencing pressure due to a lack of purchases from the South. As a result, the farmers have also decreased the sale of the crop.

Traders have stated the unfavorable condition in Rajasthan resulted in a month’s delay in sowing the coriander seeds. Also, the weather didn’t favor crop growth; thus, the overall production is one-third less than usual.

Despite the delayed sowing and low yield, the price has not yet picked up. However, it is reported that the Eagle variety is more than the Badami variety in Rajasthan for the new crops.

Though the earlier stock has become negligible in the market, the price is not moving up, and the low production is another concern for the coriander traders as it will impact the export.

Arrival In The Market

Reports state that until a few days ago, the arrival of coriander was reported to be between 17 and 18 thousand sacks, which is not reduced to three thousand bags in the Ramganj spot market.

Another primary coriander market, i.e., Baran, had the same trend of arrivals falling to 700 -800 sacks from 3,000 sacks. The arrival is almost one-third compared to a fortnight ago.

Farmers are no longer interested in selling at the current price, and even after the lower rates, the activity is very limited in the market.

Traders in Rajasthan believe the purchasing states of South India will determine the recession or boom in the coriander market in the coming days. However, due to the low production, there is still hope of the price moving up in the future as the demand will increase during the festive seasons.

In the Ramganj spot market, the prices for Badami were reported to be at $1,35-$1,38 per kg. It was at the pre-closed level.