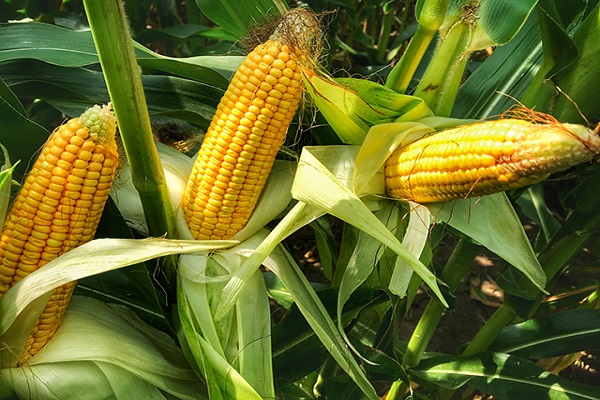 Global corn (maize) prices are projected to rule at elevated levels in the first half of 2022 while easing a tad in the second half. This is in view of the Russia-Ukraine conflict, demand for the coarse cereal for manufacturing ethanol and high fertilizer prices, analysts say.

Prices of coarse cereal are expected to rule higher than normal in 2022 and 2023, said US research agency Fitch Solutions Country Risk and Industry Research (FSCRIR).

Higher corn prices will help increase the area under kharif. Imports of corn will also rise since poultry and starch sectors are allowed to ship in 5 lakh tonnes of the cereal at a concessional Customs duty of 15%. Poultry and starch industries’ input costs will see a jump.

“The Russian invasion of Ukraine has given significant further impetus to corn prices that had already been increasing steadily since September 2021,” said FSCRIR, a unit of Fitch. Corn prices have gained 25 per cent year-to-date, with benchmark futures ruling at $7,46 a bushel ($293.58 a tonne) on the Chicago Board of Trade (CBOT). It has gained nearly 35 per cent year-on-year.

The US Department of Agriculture’s Economic Research Service (USDA ERS) and International Grains Council (IGC) have also pointed to the geopolitical crisis of the spike in corn prices.

Ukraine is a major producer and exporter of corn. According to UNCTAD, Ukraine contributes 13 per cent to the global corn trade, while Russia makes up another one per cent. The geopolitical crisis has resulted in total shipments of corn from the Black Sea region coming to a halt. “A sharp cut in Ukrainian corn exports is bound to trigger substantial changes in global corn markets,” said USDA ERS.

Other major producers of corn are expected to offset the cut in supplies from the erstwhile Soviet Union region with the US benefiting the most. “However, this increase is not projected to make up for all the lost Black Sea corn exports, and global corn trade is projected lower,” the USDA arm said.

More importantly, Fitch Solutions said, corn is a fertilizer-intensive crop that requires substantial ammonia-based nitrogenous fertilizer. A major part of the fertilizer is produced through fossil fuels including natural gas and thermal coal.

“The surge in natural gas prices has put upward pressure on the cost of nitrogenous fertilizes (increasing cost of producing corn and hampering supply), which are used to boost harvesting yields,” the research agency said.

ING Think, the economic and financial analysis wing of the Dutch multinational financial services firm ING, said fertilizer costs for corn, on an acreage basis, are higher than crops such as soybean. The crop requires nitrogen fertilizer which is facing “relative scarcity” these days, it said.

Fitch Solutions said corn prices will also gain on demand for producing ethanol. “The rise in crude oil prices on the back of the Russia-Ukraine conflict has incentivised more production of corn-based ethanol in the US (higher demand for corn),” it said.

Crude oil prices, currently ruling at $100,27 a barrel, have gained 25 per cent since the beginning of this year and over 70 per cent year-on-year. The fossil fuel prices have been swinging wildly since the conflict intensified on February 24 based on the daily developments on the geopolitical front.

“While high corn prices might influence larger producers to plant more corn in the forthcoming season, smaller producers would plant less as a result of lower affordability to purchase fertilizer at such high prices,” Fitch Solutions said.

ING Think said the USDA has estimated the corn acreage in the US to drop sharply this year to 89,5 million acres from 93,4 million acres in 2021-22. The market was expecting acreage to be around 92 million acres, it said.

The USDA ERS also attributed the spike in corn prices to a “fairly low level of global stocks” in major exporting countries. It said the high prices could result in rationing of demand and a number of countries could prune their imports. Its views were supported by the IGC, which forecast an 8 million tonnes (mt) drop in consumption. It also estimated the global trade to decline by 9 mt to 415 mt.

It projected an anticipated increase in Ukraine inventories and thus, the global ending stocks could be higher year-on-year. “With much hinging on developments in the Black Sea region, supply and demand projections for 2022-23 are unusually tentative,” the IGC said.