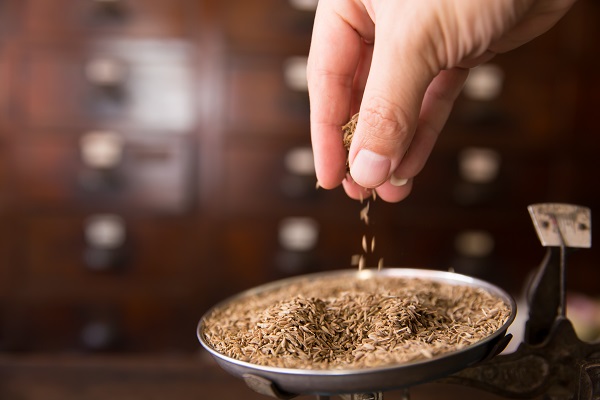 From the time the market opened post-Diwali celebration on November 8, Cumin prices have been in a bullish mode. With good demand at a lower price in the spot markets, the spice is faring well. Furthermore, with markets opening up and the transportation workers back to work post the festival, cumin prices are on a higher trend across the country.

Both at Unjha and Rajkot, the spot markets were steady as buyers have become active across India. However, before the Diwali festival, the prices went on a downward trend with inactive buyers. But it is now changing with stockists and traders purchasing Cumin at lower prices, boosting the overall price for the crop.

The fact that farmers and stockists are no longer interested in releasing the products at lower prices has also impacted the price hike for cumin varieties in the last few days. However, farmers and traders are already aware that there will be a good demand for the spice in the coming days since there is less production of Cumin across India as many farmers have shifted to cultivating crops like Coriander, Fennel, Soybean, and Groundnuts.

The other crops had been fetching a reasonable price in the market this year compared to Cumin; hence currently, the moving market sentiment suggests lesser production of the spice in the coming days.

Cumin prices, though, had a downward trend as the market opened this month on November 1. However, from the time it has re-opened post-Diwali, the movement has picked up, and there have been two price increases since November 8.

Since the end of last month, the overall price trend for Cumin has been affirmative and steady, when it witnessed price increase twice on consecutive days in the previous week of October.

In the Unjha market, there was an arrival of 11,000 bags, while Rajkot was reported to have 600 bags. Each bag in both markets weighed 20 kg.

The overall production of Cumin for the market year 2021-2022 is expected to be less by 59,650 MT than last year when it was recorded for 451,451 MT. The lowering of production to 391,801 MT is expected to boost the price of Cumin in the coming days. Farmers and stockists being aware that there is lesser production of the spice by 11 lakh bags this coming market year, will increase the price for the crop, are hence waiting before they release the crop in the market, which will fetch them a better price.

According to market experts, cumin prices will go up in the coming days because of lower crop production amidst good demand.