Cumin Production To Be Less Compared To Last Year in India 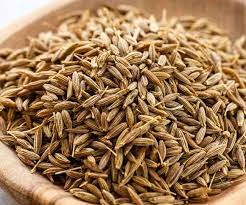 After the sudden slump in the cumin prices last week, the prices remain steady for all the spice varieties. The spot market prices holding steady can be due to the active buying of the product due to lower price levels. Also, the other factor that is keeping the price steady is the lower rainfall in Gujarat’s cumin-producing areas.

The lower prices of cumin in the market have resulted in farmers and stockists not releasing their products and plans to hold on to the crop until the prices improve.

Currently, there is a continuing demand for cumin from the Unjha market, but the lack of overall demand for the crop has resulted in lower production of cumin for the year 2021-22. According to Agri watch’s estimation, the output for the year is about 391,801 MT compared to last year’s 451,451 MT. Also, it is important to note this year, there were about 7.1 million bags of cumin, each standing at 55 kg compared to 8.2 million bags, each at 55 kg last year.

It has been predicted that most of the areas producing cumin will now be sowing Groundnut, Soybean, Fennel, and Ajwain because of its higher prices in the market. The sowing season is starting from mid-week of October.