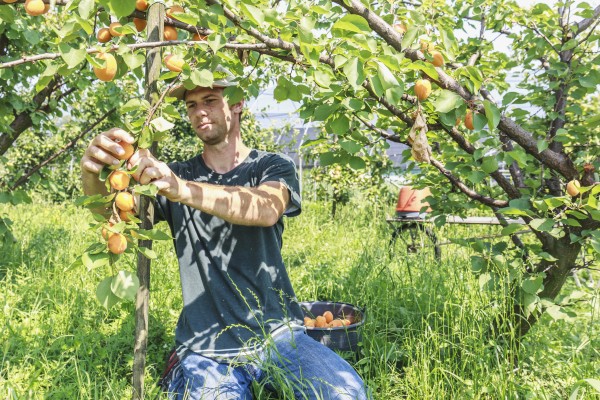 TEHRAN – Due to the weather conditions from the late March of 2021 to late June and the frost of the apricot crop during flowering, the production of this crop has decreased to some extent compared to last year in some cities of West Azarbaijan province. 70 per cent of the produced crop is consumed as fresh food, and 30 per cent is used in conversion industries in dried fruits like dried apricot. Most of this product is processed in Urmia, Maku, Khoy, Salmas, and Shahin Dezh. Part of the product is exported to neighbouring countries in the form of fresh and dried apricots. Dried apricots produced in West Azarbaijan have a special colour and taste. Buyers always consider them due to the manufacturers ‘ efforts to produce organic crops and not using chemical fertilizers and pesticides by gardeners.

Due to the weather conditions of Yazd, the apricot crop of this province was harvested earlier than in other regions of the country. This year, although a 25 per cent reduction in this crop due to frost, about 30.000 tons of apricots are being harvested from the province’s orchards. The area under apricot cultivation is 2.832 hectares in the province, of which 2.568 hectares are fertile, and 264 hectares are infertile and seedlings. The average production of apricots is 17 tons per hectare this year, and about 44.000 tons of apricots are harvested from the orchards of the province every year. However, it is predicted that because of the damage caused by frost to the gardens of Yazd province and the reduction of 25 per cent of the province’s garden products, this amount will be reduced to about 30.000 tons this year. Due to the early ripening of the apricot crop of Abarkooh due to frost and storms in March of 2021, half of the production of this crop was reduced. Abarkooh ranks first with 1.435 hectares of apricot cultivation area among the cities of the province. 67 per cent of apricots in Yazd are produced in Abarkooh, and due to water shortage, about 90 per cent of apricot orchards use drip irrigation, especially in Abarkooh.

Some cities have the highest area of ​​cultivation of this crop after Abarkooh. Khatam with 821 hectares of apricot orchards, Taft with 195 hectares, and Bahabad with 121 hectares are the mentioned cities. Part of this product is exported to Russia and the Persian Gulf states.

The price of different types of dried apricot has been decreasing over the past two weeks. In the first week of this period, due to the increase of about 1,2 to 1,4 per cent in the price of foreign currencies in the Iranian market, the cost of dried apricots decreased by almost the same amount. The increase in the price of foreign currencies was due to the suspension of negotiations between Iran and the member states of JCPOA for the United States and Iran’s return to this agreement and the postponement of negotiations until the new government takes office in Iran. Last week, owing to the rise in the supply of these products to the market, the price of dried apricot fell off. In general, compared to the last two weeks, the price of exported Iranian dried apricots has decreased by 4,7 to 5 per cent.