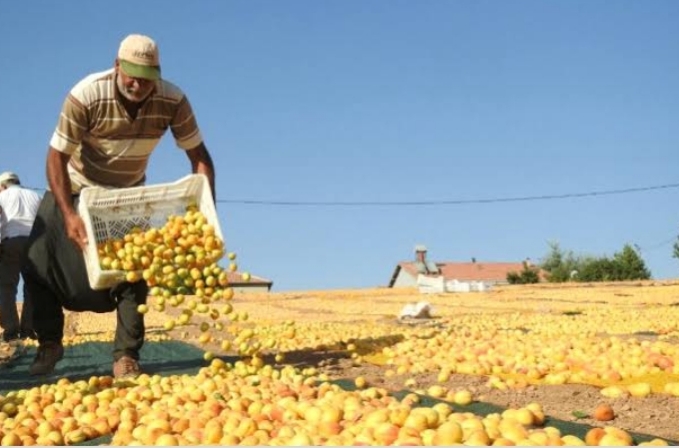 The average farm price for fresh apricots increased from 5 TL/kg to 8 TL/kg niveau this season, increasing almost 60% compared with the previous Season. The farm prices for sulphured dried apricots type nr.4 are traded at 28 TL/kg levels this week, 22-23 TL/kg last Season. Price increases of at least 10% are noted since last week. Market players state that these increases are mainly caused by traders who are stocking huge as the sales of apricots went very good during the pandemic.

It is expected that these increases will continue since there is no carryover from the previous season and since the demands for Turkish dried apricots are continuously increasing. Market players added that the average export price of 4.60 USD/kg in 2015 therefıre could be exceeded and that this seasons export prices could reach 5 Usd/kg on average. Exporters are on the other side still hesitating to give offers for export since the market has not stabilized yet. The extremely hot temperatures, which are very favourable for drying, also continue in the Province Malatya.  Prices for the new crop offered by some exporters are as follows: (2000 ppm ) Jumbo 4400 Usd, 4200 Usd for type nr 1 and 2, 4.050 USD for type nr 3 and 4 on a FOB Mersin basis.