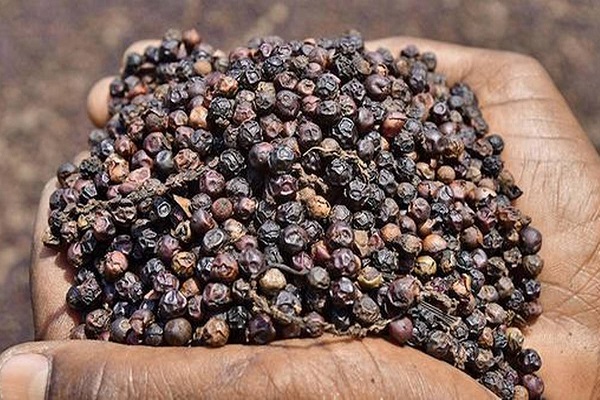 On Saturday, November 20, the sentiment for Black Pepper was steady. Currently, the lower production of the spice is supporting the price as per the domestic demand. However, several factors are in play which is likely to affect black pepper production in India.

According to experts, the crop production for 2022 is expected to be down by 20 percent compared to last year, which was 65,000 tons.

The lowering of the availability of the crop in the country will make the price go up by $939.99 per quintal. With no new arrivals in the market until March, the prices might move northward.

Furthermore, with less crop production in Vietnam across all its major producing states, the Asian market will be looking towards India for the spice.

However, when Brazil releases its crop, a new trend can start for 2022 since the country is in the overdrive to improve the production of Black Pepper in the next three years. The country is planning to increase its production by 10 to 15 percent by 2022.

India, despite its lowering of production of the Black Pepper due to the erratic weather, mainly in Karnataka’s districts of Hassan, Chikkamagaluru, and Kodagu, is expected to export the crop between 13,500 tons and 15,000 tons.

This year, the excessive rain in the Black Pepper growing regions has also affected the soil’s moisture content. Higher moisture content can cause damage to the growth of the plant and its capacity to produce the pods.

Their anticipation of the price increase for Black Pepper comes from the fact that the purchase from major importing countries like the US, Europe, China, Africa, and the Middle East will increase. Therefore, they are upping their import for the last quarter of the year to meet the year-end demand.

For example, America has increased its demand for spice by 8.9 percent. So did Europe by 3.9 percent, Germany by 9 percent. So, if Vietnam fails to meet the demand, these countries will look towards India since Brazil’s new crop supply is still to arrive in the market.

Countries that have currently decreased their import are China, Russia, Ukraine, and Poland.

As per analysts, the local demand will increase with the winter approaching, thus making the spot market bullish.

Since the beginning of the month, Black pepper Price has remained between steady and firm.

The chances of India’s lower crop production, which will be between 55 and 60,000 tons with domestic consumption of 70,000 tons, will go on an appreciative mode for 2022. India is predicted to import about 25,000 tons of the crop and most likely from Vietnam.

It now remains to be seen how the country stands in the export market of Black Pepper in the coming year while meeting the domestic demand for the spice.