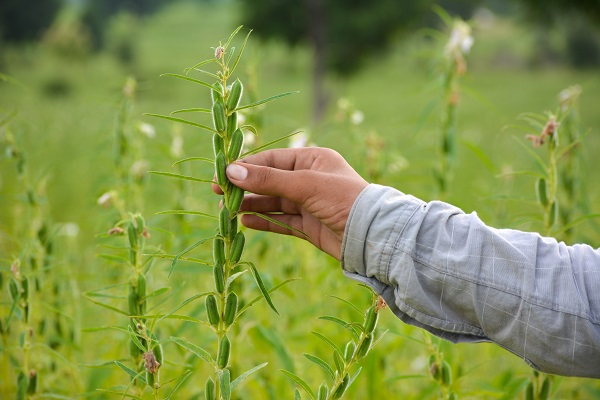 A recent conference organized by the IOPEPC Global Oilseeds was held in October 2021. All the major oilseed producing countries present and future production was discussed.

Ethiopia, one of the largest sesame seed producing countries and exporter of the crop, was discussed at length. Mr Assefa Yohannes did the presentation. The General Manager of the Ethiopian Pulses Oilseeds and Spices Processors Exporters Association revealed that Ethiopian Sesame seed production had reached the lowest of the last five years for the market year 2020-2021.

It is expected that productivity will be better than last year since there is no report of pest infestation and suitable rainfall in the growing area despite a decrease in the sowing coverage.

Sesame seed from Ethiopia is imported by UAE, Israel, Vietnam, Singapore, USA, China, Turkey, Japan, Hong Kong, and even India. But with a gradual decrease in production, the major import countries like UAE, China, USA, Turkey and Japan are likely to see towards the Indian subcontinent to fulfil their demands.

There is already the expectation that China may start importing the seeds from Pakistan and even India in the coming months, with demand for the commodity increasing with the easing of the lockdown restrictions. As a result, the market for sesame seeds is changing in Ethiopia.

Furthermore, with oil crushing factories, restaurants and offices opening up and the least awareness sector promoting sesame seed as a health food, the demand for the product is expected to grow amidst lower supply from Africa. As a result, the global market will see a price boost for the commodity.

It will also affect the Indian sesame seed prices, and it has already started to reflect. Despite the Diwali festival and spot markets starting to close early this month, the prices have remained steady and experienced a hike for white sesame seed varieties on the first day of the month.