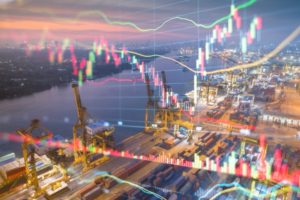 On a year over year basis, for January-April 2021, EU agri-food export values fell most concerning those towards the United Kingdom (minus €806 million, -6%), when compared with the same period in 2020.

Looking at product categories over the first four months of 2021, the highest decreases in import values continued to be reported for tropical fruit, nuts and spices (minus €557 m, -12%), palm and palm kernel oil (minus €237 million, -12%). On the other hand, the EU imports value increased most for oilcake (plus €630 million, +32%), soya beans (plus €476 million, +27%), cut flowers and plants (plus €70 million, +17%). The top EU agri-food import products in the first four months of 2021 included fruit (tropical and other than citrus), oilcake, soybeans, unroasted coffee and tea. These products accounted for nearly 33% of EU agri-food imports.

During January-April 2021, the resulting agri-food trade surplus’ value stood at €22.7 billion, an increase of 17% compared to the period January-April 2020. This net trade balance continued to be driven by high exports of wine, spirits and liqueurs, pork meat, chocolate and confectionary, bulbs, roots and live plants.