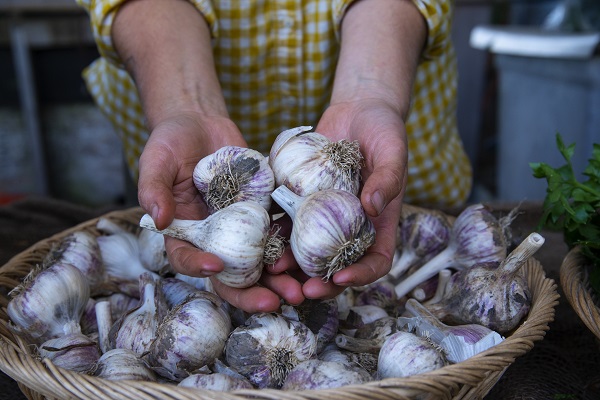 Though India is estimated to be the second-largest producer of garlic, China continues to dominate the production and export of the crop in the world. However, it has been reported that for the financial year 2021, India has increased its garlic growing area to 385 thousand hectares approximately.

The Ministry of Agriculture reported that the moderate increase in the acreage of garlic cultivation in India would also increase the production quantity of the crop. Meanwhile, the export for 2020-21 was recorded at 17,950 tons valued at $20.11million which were weak compared to last year’s export quantity of 22,280 tonnes valued at $23.13 million.

The Agricultural and Processed Food Products Export Development Authority (APEDA) also reported that the demand for dehydrated garlic internationally is rising. The main countries looking towards buying the product from India are Sri Lanka and Bangladesh. However, since the report was featured for the month of April during which Afghanistan too was importing items from India, it now remains to be seen how it fares under the Taliban regime.

In the post-Covid market, where the restrictions are being lifted, the demand for Indian garlic has spiked. In addition, the Middle East, Japan, and the US are interested in buying garlic from India for its herbal and medicinal properties. So, while the limited restrictions imposed due to COVID is expected not to hinder the export market for Indian ginger; but the crunch in the freight containers, the rise in the oil prices, which has increased the overall shipping price, might affect the export numbers and the price of garlic in India.

As per APEDA, the increase in garlic and other commodities like ginger, turmeric, moringa, and rice is going to increase by at least 20 percent.

Compared to the Indian market trend, China’s garlic planting time has been postponed by 10 to 15 days due to heavy rain in the garlic-growing regions. Therefore, according to the experts, the chances of increasing the garlic output by China are unlikely for the market year 2021-2022.

Several factors are going to impede the increase in production. First, they are delayed in the planting of the crop due to heavy rain. Second, increase in the cost of planting ginger and the overall unfavorable weather in the garlic growing regions of China.

Along with these factors, farmers of garlic are also apprehensive about the price it will fetch them in the market due to the continued export challenges. These export hurdles are caused because of the increase in the freight charges and shortage of containers.

However, a clearer picture of the area the farmers of China will use to plant garlic will be presented towards the end of the year.

Price:  The current rate of garlic in the market is $0.81 per kg FOB

Though this year’s garlic production was less in India, if the production level increases, the chances are it won’t make the market go bearish because of the increase in the export demand. The picture of the garlic market is likely to become clearer towards the end and early next year since the sowing time will be over by next March-April.