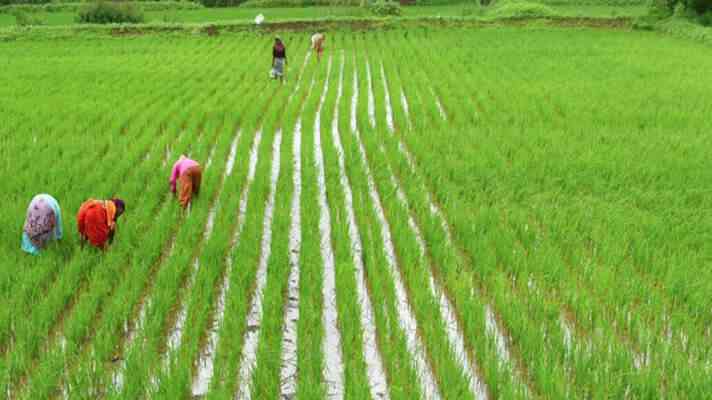 Tomar said the United Nations (UN) has accepted India’ ‘s proposal and declared 2023 as the international year of millet and urged the G-20 nations to support the celebration of the millet year to promote nutrition and sustainable agriculture.

The G20 Agriculture Ministers” Meeting is one of the ministerial meetings organized as part of the G20 Leaders Summit 2021 to be hosted by Italy in October.

“The Government of India has emphasized re-introducing traditional food items including millet, other nutritious cereals, fruits and vegetables, fish, dairy, and organic products in the people’s diet. Their production has been phenomenal in India in recent years, and India is becoming a destination country for healthy food items,” an official statement quoted Tomar having said in his virtual address.

Tomar said bio fortified-varieties, which are the source of a staple diet rich in micro-nutrients, are being promoted to remove malnutrition. About 17 such varieties of different crops have been developed and released for cultivation.

He added that the government has also taken steps to increase the optimal use of water resources, create infrastructure for irrigation, conserve soil fertility with balanced use of fertilizers, and provide connectivity from farms to markets.

The minister addressed a session on “Working together to achieve the Zero Hunger goal: successful projects implemented by the Ministries of Agriculture”.

Various government initiatives to keep the agri-market dynamic along with the agri-input supply chain during the COVID pandemic have helped the agriculture sector in better performance, he said.

Consequently, during the year 2020-2021, there has been increasing in the production of foodgrains and exports, he added.

Highlighting measures taken towards sustainable agriculture, the minister said the “Per Drop-More Crop” scheme for irrigation and “Paramparagat Krishi Vikas Yojana” for organic farming is successfully implemented. Pradhan Mantri Fasal Bima Yojana is being implemented to provide insurance cover for the farmers.

“India is fully aware of its commitments on the issues of climate change, and several steps have been taken to make agriculture sustainable,” he said.

To address the malnutrition problem, he added that India runs the world’s most extensive food-based safety net programme, including the Public Distribution System and the Mid-Day Meal Scheme.

The government also provides annual income support of $ 81.53 under the Pradhan Mantri Kisan Samman Nidhi Yojana. So far, $ 10.58 Million has been deposited in the bank accounts of more than 11.37 Billion farmers under this scheme.

Further, Tomar assured that India would share best practices and build capacities of other developing countries.

Tomar led a four-member Indian delegation to the G20 Agriculture Ministerial meeting, organized in a hybrid mode due to the pandemic.