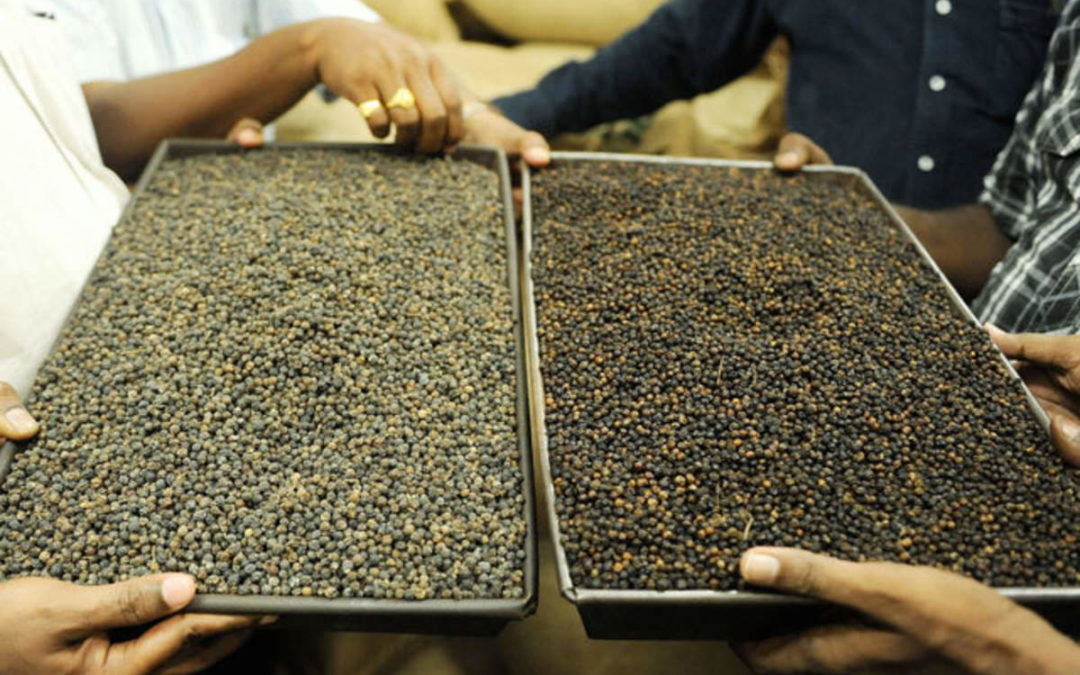 The black pepper price remained steady at $5,26 per kg FOB on September 6 after it opened at the same price at the beginning of the month for the 500 GL variety. Thus, last month the market for black pepper in India was steady with little fluctuation, though there was a slight dip in the price from $5,25 per kg FOB to $5,24 per kg FOB before it came up to the present price, i.e., $5,26 per kg FOB.

However, internationally the sentiment is moving towards a weak marker due to an increase in freight price and shortage of containers for export. On September 7, the Vietnam black pepper closed the market at $3,27 per kg. It has been reported that the increase in the pepper prices in Vietnam’s Southeast and Central Highlands to $9,62 per kg made many grow the crop. However, when the price hit a low of $1,48 per kg in the last year, many resorted to growing other crops. This has led to a fluctuating price of black pepper in the market at $3,32 per kg – $3,36 per kg. The price plummet of black pepper in Vietnam between 2016 and 2020 resulted in decreased crop sowing. But with the increase in the pepper price this year, now farmers in Vietnam are eager to plant more black pepper crops. It has been recorded that despite the export of black pepper down by 11.2% in volume this year, the price is up by 38.3% compared to last year. Most Vietnamese pepper has been exported to Russia, China, India, Germany, and Egypt.

It is also believed that the pepper prices will remain high in the coming days with reduced supplies from Vietnam, Brazil, and Indonesia. This is likely to be good news for Indian black pepper farmers because they will be the ones filling up the domestic pepper market during the festive season. It was witnessed during the Onam festival. It is believed the increase in the domestic market will continue in the next term benefitting the domestic black peeper farmers and traders.