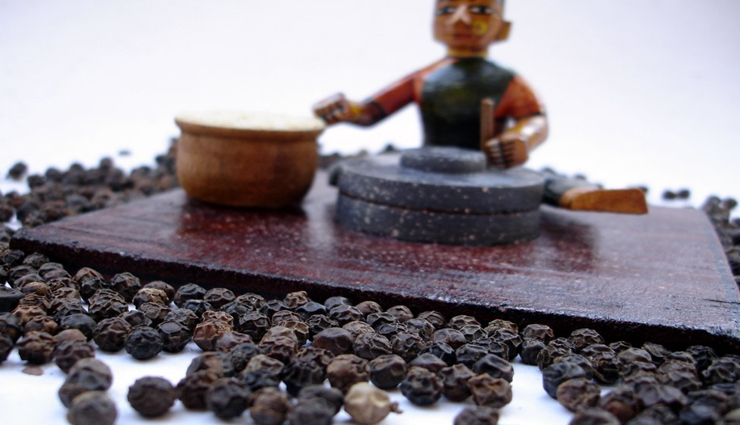 For the month of December, too, the Black pepper market in India continues to be steady and firm. Already since the beginning of the month, there have been two price increases on two consecutive days. The market trend for Black Pepper has been stable since last month, i.e., November. The only price drop that was marked for the crop was on the last day of November. However, the market gained momentum during the second week of December.

The increase in local demand has supported the Black Pepper market price in India. Stockists have increased their buying of spice and storing them at the current price.  Expanding the stocking is due to the report of expected lower crop production for 2021-22. Also, the report of crop damage due to the heavy rain in the Black Pepper growing areas like Chikkamagaluru, Hassan, and Kodagu of Karnataka led to an increase in buying of last year’s crop in the market. The increase in water content of the soil in these regions due to heavy rain affects the quality of the plants, which will eventually impact the seeds.

The arrival of the winter season has increased the domestic demand for the spice too, which has been impacting the price positively.

The other factor supporting the price and becoming affirmative is the lowering of Black Pepper production in the other growing countries. Therefore, it is believed that the international market will look towards India to fulfill its demand.

All these factors have helped in not only keeping the market stable but in an appreciative mode too.

Market analysts believe that in the coming days, the Black Pepper market will become more active internationally after the relaxation of the lockdown rules due to Covid-19. This will eventually enable the Indian Black Pepper market to perform better.

As per the market experts, the prices of Black Pepper can go up between $92.7 metric and $99.32 metric ton in the coming months. The reason is the arrival of Black Pepper from Vietnam, which fulfills a major share of the international demand, won’t happen before March. The erratic weather resulted in late sowing and picking up of the crop. Also, there has been a report of the production of Black Pepper in Vietnam lowering due to the weather.

Local sources also revealed that India is likely to produce 8 to 10 percent less Black Pepper for 2021-2022 compared to last year. Then, the production of Black Pepper in India was about 62,000 MT.

So far, India has supplied 4,457 tons of Black Pepper between January 1 and November 30. This is down by 5.63 percent compared to last year during the same period. Last year supply of Black Pepper during this period was recorded to be 4,723 tons.

Yesterday, The Kerala High Court stayed the order of the Director-General of Foreign Trade((DGFT) fixing the minimum import price (MIP) of pepper at CIF (cost, insurance, freight) value of $6,75 per kg. A trader from Kerala has taken a stay order from Kerala High Court on the import duty on Black pepper Imported from Vietnam to India. Due to this news, there are chances of price fall in black pepper market in the coming days.

There is also the prediction that the price of Black Pepper won’t be down by any more than $0.06 to $0.13 per kg in the coming months