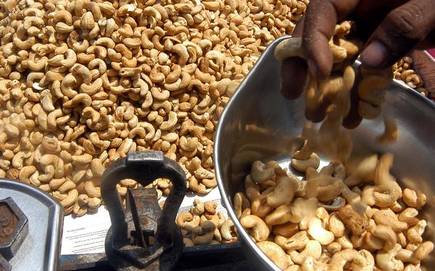 Despite keeping a steady price in August and witnessing a good increase, the
first week of September was not great for the cashew traders. All the varieties
experienced a sudden and significant price drop on September 7.

When the prices of all these cashew varieties were done with the last month’s pricing, it is
important to note that the auction rate for the commodity has hit the lowest since last
month. Even when compared with the July prices, September 7 still held a record low. Such
a fall in the price of cashew was witnessed in the early week of June 2021, when the price
for W240 slid down to $9,89 per kg FOB from $10,12 per kg FOB. However, it is interesting
to note that even after the price drop in June, it was more than what it recorded on
September 7.