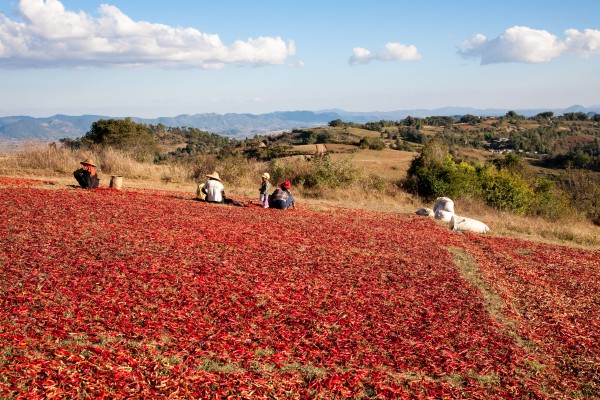 KOCHI – Chilli production in India is likely to increase in the 2020-21 financial year. As per the advance estimate on production released by the spice board, total production will be 1.988.304 tones in FY 21.

The projected increase in production is mainly due to the increase in acreage of the cultivation of chilli. The area under chilli cultivation will be 732.213 hectares as against 623.446 ha in the previous financial year. During 2019-20 total production was 1.841.800 tones.

Andhra Pradesh is the largest producing state in the country with a contribution of 26 per cent of the total area, followed by Maharashtra, Karnataka, Odisha and Madhya Pradesh.

There is a moderate swing in chilli production during the last five year period commencing from 2016-17. Top production reported in 2016-17 as per the data, and the production was to the tune of 2.411.150 tonnes. In India, domestic consumption of chilli is rather high; hence export is comparatively low.