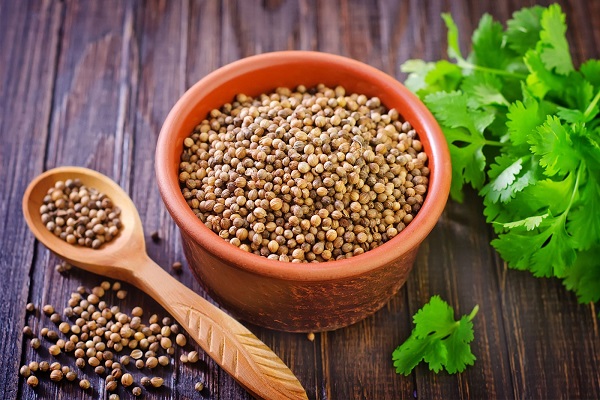 Since the market opened after the Diwali festival, the sentiment for Coriander remained between steady and appreciative mode.

Good demand for spice has helped in the price increase. Earlier, reports of low spice stock have led the local traders to buy and stock them for the upcoming days.

It is believed that with the lowering of the 2020-2021 stock, the purchase will continue, thus making the market appreciative of the price.

However, on November 24, the market remained the same in all the mandis of Coriander.

The purchase has also become a bit slow, with the spice having higher prices in the market. However, it did not affect the price to go southward for the Coriander yet.

With new orders from the South mills, the price of the spice has moved up. Even traders supplying the crop to Bihar, Maharashtra, and Bengal have started purchasing as the trucks are operational post the festival. There are also reports of buyers becoming active in spot markets across India.

The moisture content due to the last few month’s heavy rains will also determine the price and purchase of the crop and the activity in the market.

Before the Diwali festival, there was a report of less demand for the Upper-Grade Coriander variety. Still, now with the market and the buyers becoming active, it remains to be seen how the crop performs in the coming days.

Farmers are also waiting for the prices to go up before releasing their crop to the market since they know the spice production is less, and the prices will increase.

It has been reported that Gujarat has completed only 35,486 hectares in sowing compared to last year’s 60,693 hectares during the same time.

Even Neemach and Mansdour of Madhya Pradesh have reported having decreased their coriander sowing area. The region’s farmers are interested in sowing crops like garlic and ajwain due to the better prices it fetched in the market this year.

However, the actual acreage of sowing will become clearer after 15 to 20 days.

As of now, the sowing of Coriander in Rajasthan, Gujrat, and Madhya Pradesh is slow compared to last year and has completed only between 40 to 45 percent.

In NCDEX futures, Coriander for December closed with a gain of $0.03 and for January by $0.27 bearishly.

For both types of Coriander Eagle, the prices remained steady till November 10 after the price increased on November 1.

Since November 17, the prices for all the varieties of Coriander have been trending upwards till November 24.

Coriander was fetching a good price to the farmers and traders, increasing the crop’s sowing areas compared to its prices last year. But as of now, the acreage is less, but it remains to be seen how much acreage for the crops will be after the sowing completes. The sowing has started for the new crop during the last week of October.

According to the market analysts, there has been a significant lowering of the stock for the years 2021-2022. This will likely support the coriander prices in the market in the coming days. Moreover, with the transportation system now back to normal, the spice demands have increased and will continue to be so from South and Bihar mills along with Bengal and Maharashtra markets.