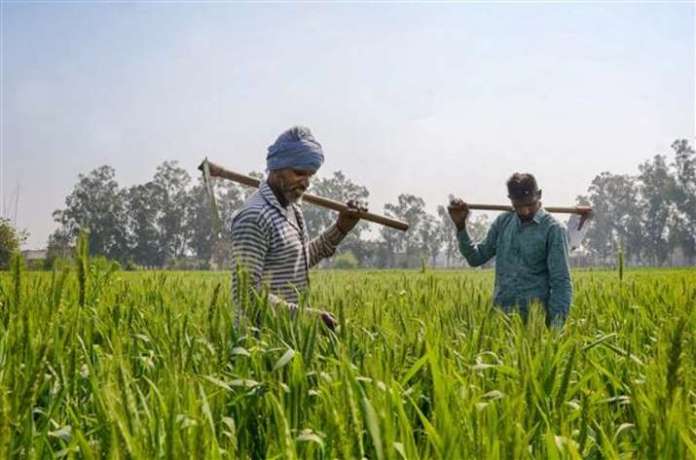 Officials said that more than 0,7 Million farmers in Maharashtra have called up insurance companies during the current monsoon season to inform them about crop damage due to excessive rainfall.

Representatives of crop insurance companies need to personally visit the farms and assess the damages, and based on their report, and the farmers will get the insurance amount, they said.

A total of 2,56,985 were received till August 1 from farmers across Maharashtra, intimating weighty rains that damaged crops. The number of such calls increased to 4,15,747 by September 1 and reached 5,53,491 on September 9. In last two days, the number of such calls reached over 0,7 Million,” state agricultural commiseration’s chief statistical officer Vinaykumar Awate told PTI.

The figures could increase further as the data of calls made during the weekend will be updated in the system on Monday, the official said.
Besides crop damage, the farmers also informed about washing away of their farm soil, damages caused to cattle sheds and other issues, he said

The number of such calls from farmers jumped drastically after heavy rains lashed the state’s Marathwada region last week, he said.

To a query, the official said, we held a meeting with Union government officials last week and discussed the issue. The central government has increased its technical support to help us accept more number of such calls in the wake of the excessive downpour in the Marathwada region and north Maharashtra.”
He said earlier, there were glitches in the system as the rise in the number of such calls from farmers would clog the phone lines, or servers would be down.

But, with the help of the Union government, we have managed to address these issues. Apart from phone calls, other options are also available, which farmers can use to register their names with the insurance companies for damage survey, he added.

Since the crop insurance scheme was introduced for farmers, the insurers must record every such call from cultivators.

Farmers can call up a number given by the insurance company, send an e-mail or call the local revenue officer to inform about the crop damage. They can also inform their local bank branch, which updates their intimation call on the common portal to the state agriculture department.

The call has to be made within 72 hours of the crop damage faced by a farmer. An app is also available for farmers to inform about crop damage, officials said.