India: Crops over 5 Million Hectares have been hit by incessant rains in Karnataka 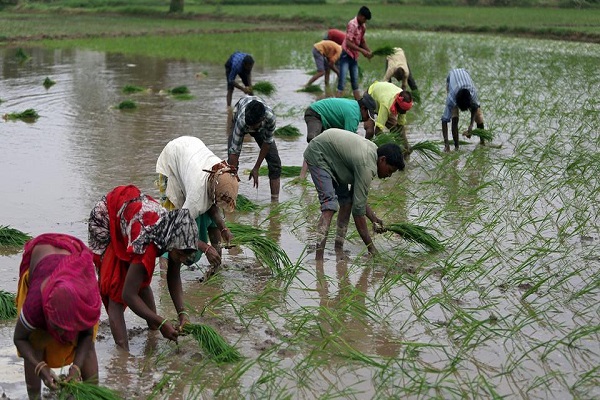 Incessant rains over the past couple of weeks have affected agriculture and horticulture crops on over 5 million hectares in Karnataka.

According to preliminary estimates by the Karnataka Agriculture Department, field crops have been affected in around 5 million hectares, while horticulture crops – mainly vegetables such as tomatoes and onions have been hit on over 30,000 hectares, sources said.

While the entire State has been reeling under the impact of incessant rains for most part of November, the standing crops in Southern districts have relatively faced a higher impact of the excess precipitation.

The standing paddy crop has been hit in an area of around 39,061 hectares including in districts such as Bellary, Koppal, and Raichur among others.

Similarly, standing maize crop has been hit on over 67,000 hectares with districts such as Chikkaballapur, Tumakuru, and Chitradurga facing major impact.

Ragi has been the worst affected crop with an estimated crop loss on over 2.76 million hectares. Ragi has been badly hit by the rains in Tumakuru, Ramanagar, Kolar, Chikkaballapur and Hassan districts.

The State is expected to carry out crop loss survey after which the figures of the actual affected area are likely to go up. While the Chief Minister Basavaraj Bommai has assured relief to the affected, farmer leaders have demanded quick relief for the actual losses suffered.

“We estimate that standing crops on over 7 million hectares have been hit by the rains and demand compensation for the actual value of the crops damaged,” said Kurubur Shantakumar, Convenor of the Karnataka Samyukta Kisan Morcha, an umbrella body of farmer organisations in the State.