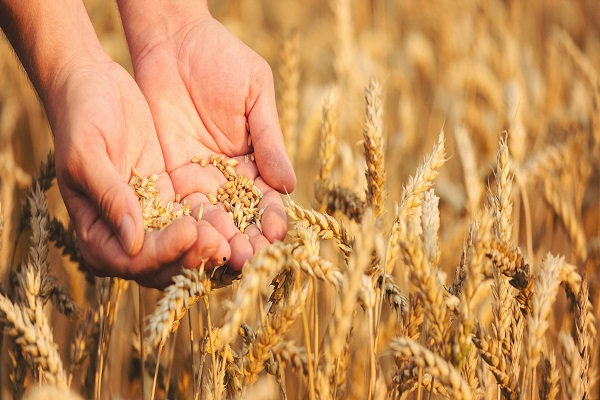 The wheat output will be a record 111 million tonnes this year, as per ICAR- Indian Institute of Wheat and Barley Research (IIWBR) Director G P Singh, amidst concerns that the recent variation in climate is seen to impact yields in parts of key producing states such as Punjab and Haryana.

It was reported that the sudden increase in temperatures in recent weeks had led to shriveling of the grains in some parts of Punjab and Haryana, which is seen impacting the yields.

“The crop where it were timely sown, I don’t find any decline in yields. Only in those areas where there was late sowing, you might find some 2 to 4 percent yield decline. And Singh said that such a late sown area is limited in Punjab and Haryana,” Singh said.

The director of Karnal-based IIWHR said the sudden temperature rise post Holi during the second fortnight of March was unexpected. “By that time, the timely sown crop was already in the physiological maturity state. Whatever heat came, it dried up the crop, maybe seven days earlier,” he added.

A decline in output is unlikely

However, Singh maintained that there is unlikely to be any decline in overall wheat output. “In Madhya Pradesh, I have visited several places, and the State’s crop is outstanding. It was harvested in March before this heat condition came. MP being the second most important State, I don’t think we will get anything less than 111-112 million tonnes we have predicted. There will be no decline in the output and I think it will be a record this year,” the IIWBR director said.

Wheat production during 2020-21 stood at 109,59 million tonnes, and the government had set a target of 110 million tonnes for the current season.

Wheat was planted in about 34,32 million hectares during the 2021-22 rabi season, marginally lower than the previous year’s 34,61 million hectares but higher than the average area of 30,31 million hectares. Madhya Pradesh and Bihar had reported an increase in area this year, while UP, Punjab, Haryana, and Rajasthan have registered a decline in acreages.

As the Russia-Ukraine crisis takes a toll on the global grains market, the Indian wheat has found many takers overseas, and the government has been encouraging cereal exports.