India Likely to get exclusive rights to sell Basmati for EU 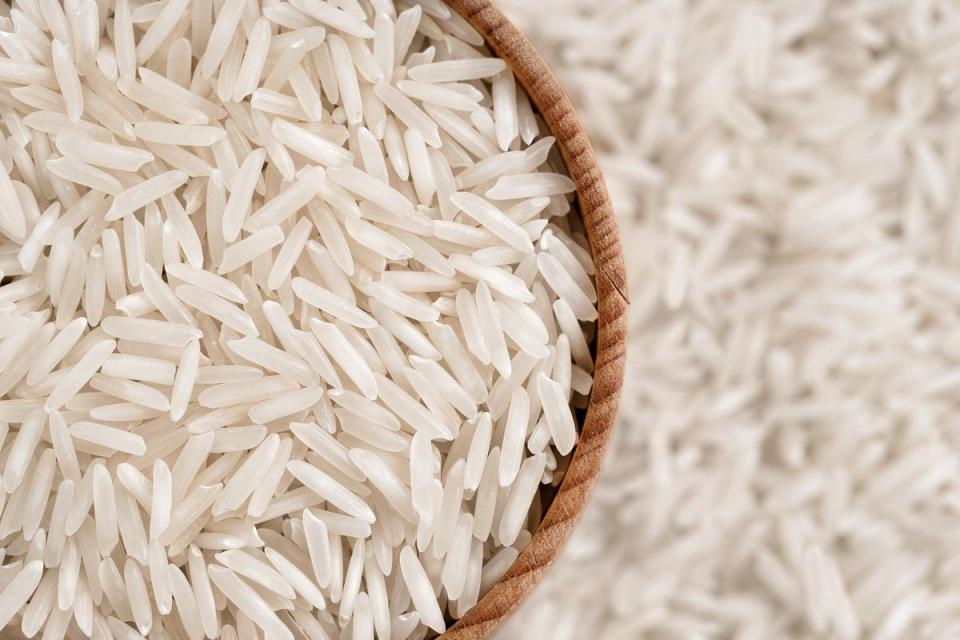 The deadline for settling the GI tag case expires without any pact with Pakistan.

India will likely walk away with the sole right to the Geographical Indication (GI) tag for Basmati rice in the European Union (EU) after the deadline for settling the issue with Pakistan expired on September 10, experts have said.

It will give New Delhi exclusive rights to market the fragrant rice in the EU as “Basmati” rice and deter other countries, mainly Pakistan, from selling the foodgrain as “Basmati”.“The current technical circumstances firmly indicate India would emerge victorious in the Basmati GI tag case at the European Commission,” said S Chandrasekaran, a trade analyst and author of the book Basmati Rice: The Natural History Geographical Indication. One of India’s key issues is that Pakistan has only filed its opposition to granting the GI tag to India and not an application for the exclusive indication tag.

“Pakistan is playing a losing game,” said the expert.

This would also mean a victory for the Agricultural and Processed Food Products Export Development Authority (APEDA), which holds the GI tag, and has been fighting India’s cause in the international forum.

Speculation now is that the issue might be dragged to the EU court.

Dubai-based international global intellectual property attorneys, United Trademark and Services, said that if India and Pakistan failed to reach an agreement and the EU rules favouring either party, “the matter could end up before the European Court”.

On the other hand, India and the EU have begun talks for a free trade agreement, and a pact is likely to be signed soon. Viewed in this background, India would get the GI tag from the Union at the earliest.

On September 11 last year, the EU issued a notification of India’s application seeking a GI tag for its Basmati rice. Parties, including nations opposing the application, had time till December 10 to file objections. Pakistan utilised the time to file its opposition to granting the GI tag.

After that, India and Pakistan had six months to settle the issue amicably, but it did not happen. New Delhi then sought a further extension of time that expired on September 10.

“Since India sought additional time for further consultation, it is a clear indication that it wanted to settle the issue amicably and responsibly. It looks like India and Pakistan have not resolved during the consultation process,” said S Chandrasekaran.

According to him, India had actually filed the petition seeking a GI tag for its Basmati rice on July 18, 2018. However, the notification on India’s application was issued only last year.

“This indicates that the EU had examined India’s application thoroughly and had gone into all issues to see if India met all requisite conditions. The EU should have notified India’s application within six months, but it took over two years to do that. This means the EU has upheld India’s sanctity in applying for the GI tag,” said the Basmati rice history book author. He points out at the EU notification of September 2 last year, which read: “By Article 50 of Regulation (EU) No 1151/2012 the Commission has examined that application and concluded that it fulfils the conditions laid down in that Regulation.” This itself is a vindication of India getting the exclusive GI tag in the EU, he said.

There are three steps that the EU can follow after such applications are filed. One, award the GI tag in favour of the applicant. Two, reject it and third, allow disputing parties to go in for an amicable settlement.

According to Chandrasekaran, the next logical step for the EU is to adopt “implementing acts” on the GI tag registration. This would mean the Union delivering its opinion by a majority. In this case, “Basmati” does not indicate a region, though.

In some of the transborder issues on GI, he said the EU has ruled in favour of Croatia for “political reasons”. On the other hand, in the Collio PDO (protected designation of origin) case, the EU strictly adhered to the cultivation area despite Slovenia pressing for an expansion of the area. This case can be equated with the Basmati GI case.

In its application for the GI tag, India wanted the long-grain fragrant rice to be treated as a product originating from seven of its States. It sought exclusive rights for itself to sell Basmati in the territories of the EU members.

Indian Basmati, historically, has commanded a premium of $200 a tonne over the Pakistan variety. The premium is also based on the import duty derogation offered by the European Commission to Pakistan.

Lahore-based Basmati Growers Association, which the Pakistan government funds, took part in India’s domestic GI registration process. But it failed to file evidence (of growing Basmati traditionally) within the time prescribed to challenge petitions on GI registration by the Indian Patent Office. Nor has India’s GI tag been challenged by the World Trade Organization.

These are viewed as acceptance of India’s legal standing concerning the Basmati GI tag. Pakistan promulgated the Geographical Indication (Protection and Registration) Act last year, but it only empowers the government in Islamabad to be exclusive owners of all domestic GIs.

Pakistan’s GI Act has inconsistencies that do not allow interested parties to contest claims against such registration. In comparison, India’s registration of Basmati as its GI product has been through a transparent process following well-laid-down policy and procedures.

These are also viewed as reasons why the EU may grant India the GI tag for Basmati rice.

Basmati contributed $4,06 million to the exports basket last fiscal. Its per-unit value at $868  per tonne was more than double that of non-Basmati rice, whose value was $366.