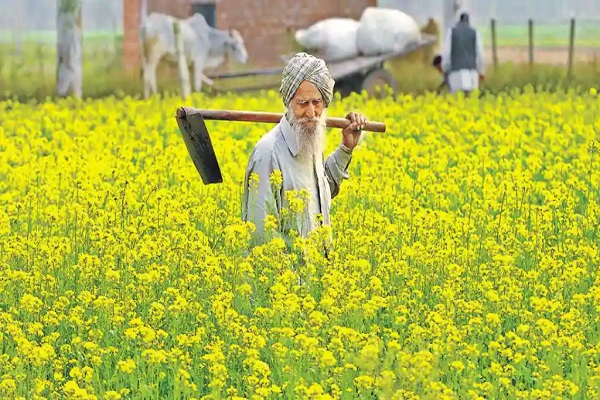 The Agriculture Ministry of India has reported that the mustard sowing area is increasing by 600 to 700 thousand hectares for the winter season. This is because farmers are planting the crops in the areas previously used by the crops like chana and wheat.

Increasing the growing area of mustard is due to the higher prices the oilseed crops are offering in the market. Also, a favorable climate for producing mustard is another factor that has led to increased acreage.

The sowing has begun in the states of Uttar Pradesh and Rajasthan. As of October 14, the sowing in Uttar Pradesh, the second-largest mustard producing state, has already planted 280 thousand hectares of the crop.

Currently, the market price for mustard, being higher by 67-68 percent, has been one of the key influencers in farmers increasing the sowing acreage for the crop. Furthermore, the soil moisture is good; hence the growing area is expected to be good.

However, the exact area is still difficult to predict, despite the oilseed fetching good prices in the market. The estimation is difficult because it can turn out to be like soybean. Earlier, the expectation for soybean sowing acreage was about 6 to 7 percent. But the sowing level stayed like last year.

A clearer picture of the increase in acreage can be revealed as the sowing picks up after the temperature drops in north India. However, due to the higher temperature currently, the sowing speed is slow in Uttar Pradesh, Haryana, Rajasthan, and Madhya Pradesh.

Currently, there is a stock of 1.5 million tons among the farmers and industry from last year’s production of 8.6 million tons.

Currently, the mustard price is as follows:

The trend across this month so far has been appreciative and stable. The only time the price trended southward was on November 10.There was an increase on Friday, 18 before the market closure for the weekend; again a hike on Monday as the market reopened.

As per the Agriculture Ministry of India, Uttar Pradesh is expected to increase its production of Mustard crops by 55 percent compared to last year.

For the state of Rajasthan, the crop production is expected to increase by 3.8 -4 million tons compared to this year’s 3.5 million tons.

Uttar Pradesh is expected to increase production by 1.5 million tons compared to this year’s 1.3 million tons.

Punjab and Harayana are standing between 1.1 and 1.5 million tons instead of 950 thousand tons as of this year.

According to the Ministry, while under normal conditions, the area for mustard sowing is about 615 thousand hectares. But the favorable weather and price trend will make the farmers sow more of the mustard crop this year.

Gujarat is also raising its output to 450 thousand tons instead of 400 thousand tons. Even the rest of India, along with West Bengal, is predicted to have increased the production from 1.45 million tons to 1.7 million tons.

Despite the increase in production, the prices will remain steady due to the demand for oil crops in both domestic and international sectors.