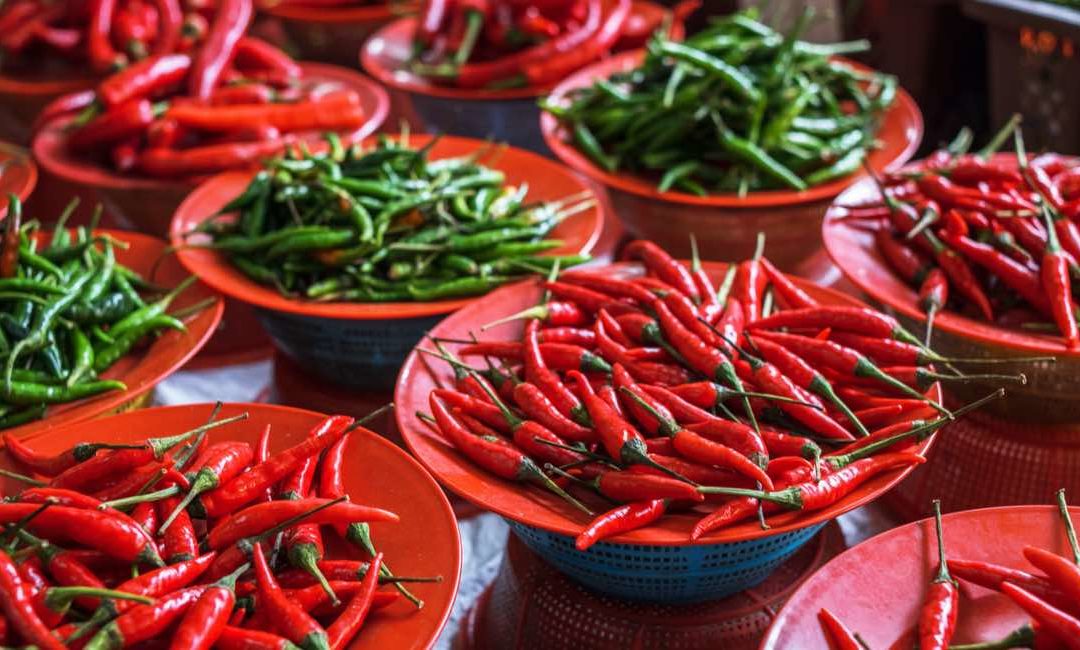 After reopening the red chilli market, which was closed during the weekend for Gandhi Jayanti, the prices were steady. The cyclone Gulab despite passing through Telangana and Andhra Pradesh, didn’t affect the red chilli price in the market. Also, there was no noticeable damage reported for the crops in these two states.

The red chilli S4 stemless price stayed at $2,01 per kg FOB on Monday, October 4, after the market opened. However, in Warangal, prices increased between $ 0.04 per kg and $ 0.06 per kg in most varieties. The price increase has been noted in the region for all types due to an excellent domestic today. In Warangal, 16,000 bags were reported to have arrived in the market; however, the deluxe quality Tomato variant was absent amidst this arrival.

The Teja variety price dropped by $0.03 per kg in the Guntur market, and the deluxe grades’ availability was considerably low.

It has also been reported that the lack of inactivity among the buyers in the states like Andhra Pradesh, Telangana, and Karnataka is due to the higher prices of the stock in the chilli.

The overflow of chilli cold storage stocks in these states is another factor that is less activity among the buyers. However, buyers expect the prices to go down a bit as there has been reported an increase in the sowing areas for red chillies.

The stock that arrived at the Byadgi market was about 100 bags, but the products had a moisture content of about 15%.

Although the market reported being steady for red chilli compared to last year, the prices are lower. Therefore, it is expected that if the Teja varieties price drops further, it will negatively impact all varieties’ overall red chilli prices.

According to the market experts, the chilli farmers took care of their crops due to their price last year. The trend recorded for the red chilli prices the previous year has also resulted in increased crop production, as stated by the industry experts. For 2022, the expected output will be up by 15.10% compared to last year, 1.384 million MT. Therefore, the prediction of red chilli production for 2022 is expected to be 1.593 million MT.

The data received from Andhra Pradesh regarding the current sowing of red chilli is 138,357 hectares, and the transplantation is still on as pf September 29 report. However, the numbers indicate that the sowing is up than the normal average and last year’s sowing numbers were 137,946 hectares and 116,737 hectares, respectively.