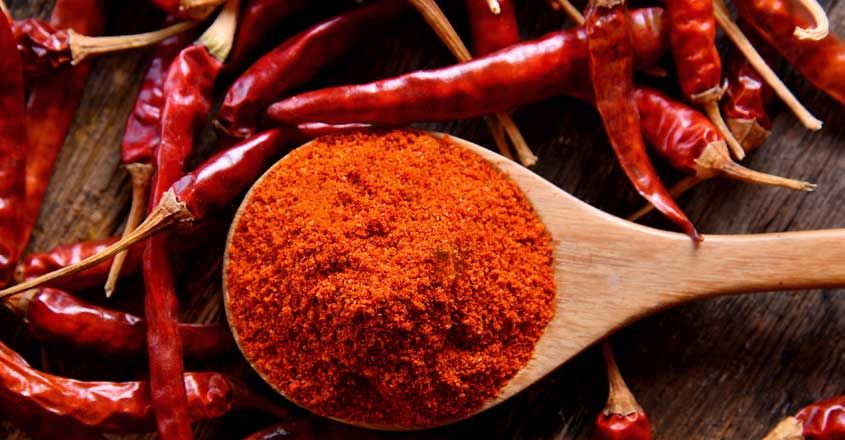 On Saturday, the major markets across India remained closed, and most processors buying as per their requirements resulted in flat red chilli prices. On Tuesday Warangal market was closed, which will resume on Wednesday.

It has been reported varieties of Syngenta, Teja, and 334 are in good demand.

At Guntur, there was an arrival of 80,000 bags. Byadgi market reported having 250 loads of new chilli with 15 per cent moisture found in 100 bags of fresh chillies.

Currently, in Andhra Pradesh, the transplantation of chillies are over, and they are in now vegetation stage. With good rainfall and weather condition, the production is expected to be around 164,416 hectares. Compared to the regular season and last year’s sowing area, it is pretty high. Since last year, the sowing area was about 139,000 hectares, while the normal season sowing area is about 137,946 hectares.

In Madhya Pradesh, the production of red chillies will be higher than last year despite the heavy rain the state experienced during the monsoon. Due to the rain, the drying process of the chillies is getting delayed in the state. The new chillies of Madhya Pradesh were supposed to arrive around the first week of October, but it is now being delayed by 15 to 20 days.

Since red chillies offered reasonable prices in the last few years for the farmers, it is reported that apart from Andhra Pradesh and Madhya Pradesh, there has been an increase in the sowing areas of Telangana and Karnataka too. Also, the standing of the crops in the last two states is good, and there is no report of any crop damages from these two places.

According to experts with higher production and overflow of last year’s products in the cold storage, the prices can get capped in the future. But when the prices lower, buyers will get active, unlike now. So in the coming days, the prices are expected to stay firm for red chillies.

On October 18, the price for Red Chilli S4 Stemless was recorded at $2,02 per kg FOB. It has remained at this price after it increased on October 12 from $2,01 per kg FOB.