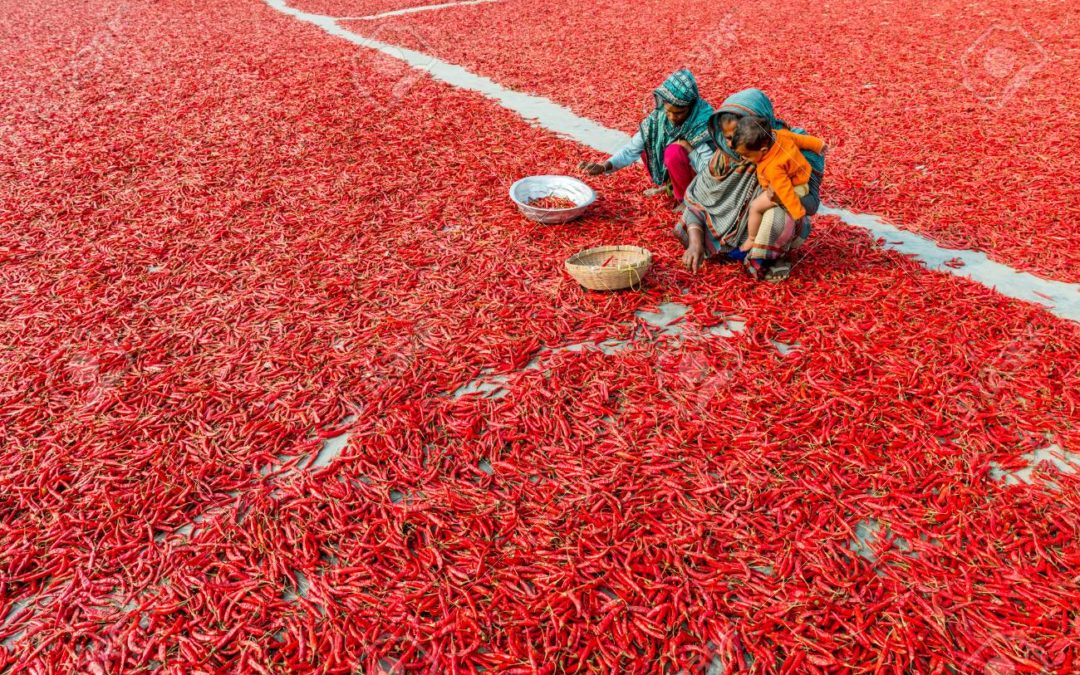 On Monday, 13 September, the spot market price for red chilli was stable.  Despite the higher production of Teja, the prices are supporting the market due to the lower quality of the product, which was caused because of the unseasonal rain during its maturity. It has been predicted that owing to the good domestic and export demand for red chillis, mainly Teja variety, the sowing has been up by 20 to thirty per cent. Most of the cotton production areas in Andhra Pradesh and Telangana are being used for chilli sowing.

Compared to last year, the prices are down, and the demand for Teja is keeping the market stable. However, if the prices for Teja drops, the entire red chilli market price will likely come down too. Also, there is an overflow of stock in the storage of Andhra Pradesh, Karnataka, and Telangana. As a result, there is less activity among the buyers at this high price.

It was furthermore reported that chilli sowing and transplantation are underway, and this year the sowing is recorded to be about 76,941 hectares. It usually is 137,964 hectares. Hence this year, it is less but compared to last year, which was 60,801 hectares, the chilli sowing has improved.

The chilli prices are now depending on the improvement in the export demand because currently, the prices are lower than last year.

The Chilli S4 stemless prices were recorded at $2,06 per kg FOB.