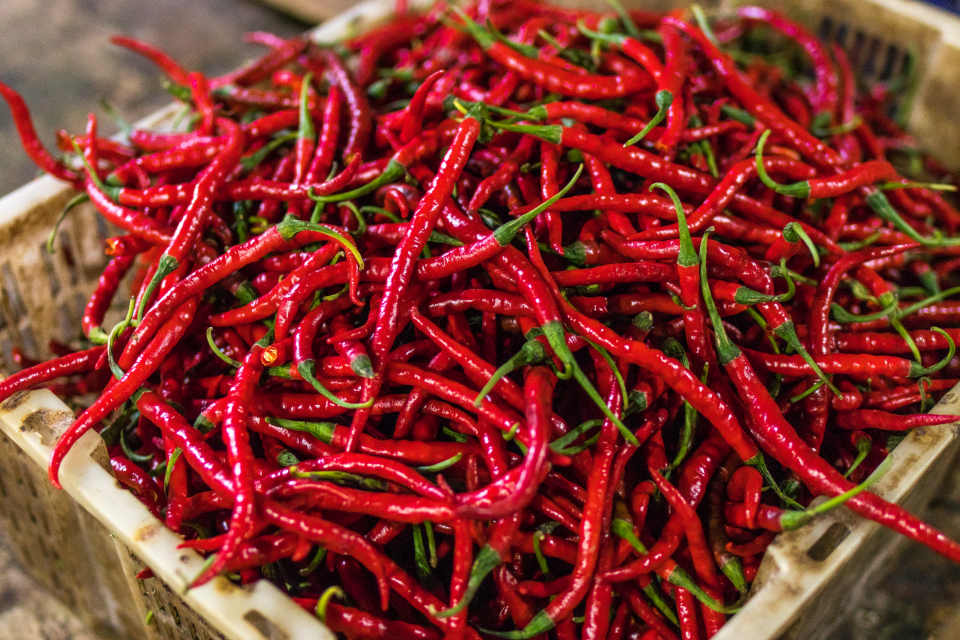 Currently, the chillies sowed in Andhra Pradesh are between transplantation and vegetative stage.

Currently, the sentiment for red chillies in the market is steady as most markets were closed during the weekend. The activity in the market among the buyers is not that frequent at the time due to the higher prices of the red chillies. Buyers are aware that there is an overflow of stock in the cold storage in Telangana, Karnataka, and Andhra Pradesh. In the Byadgi market, too, the buyers are inactive due to the moisture content in the products. The new chillies arrived in the Byadgi market was about 100 bags with 15% moisture content.

Farmers are not interested in selling the chillies until they mature since the crops fetched reasonable prices last year, and there is a decrease in green chilli prices in Madhya Pradesh. Currently, it is selling between $0.16 and $0.19 per kg instead of last year’s $0.40 – $0.47 per kg. Hence the farmers are willing to wait for the red chillies to attain their full maturity.

According to market experts, chilli prices will be impacted by few factors, like the demand for export and the Teja variety prices. Currently, a reasonable price is being fetched by the Teja variety. If the price for the array goes down, it can bring down the overall red chilli price.