India: Rice exports may slow down from December but prospects look good 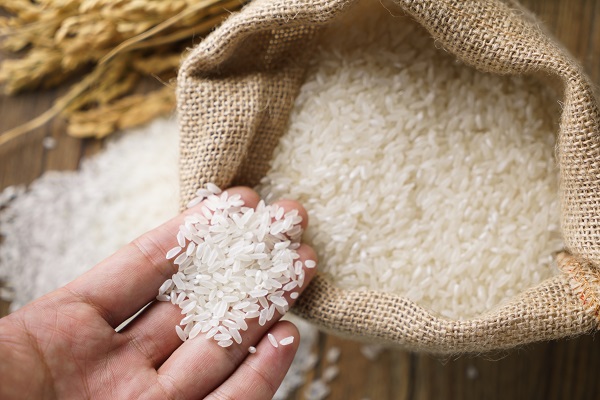 Though rice exports are expected to slow down from December with the arrivals of kharif peaking and buyers adopting a “wait and watch” attitude, prospects for Indian rice exports continue to be good.

Projections of a record kharif rice production are likely to help in India continuing to be competitive in the export market, according to exporters. The slow down in exports will also be due to buyers wanting to be clear about the price trend before they pick up from January.

“India will continue to dominate the rice export market as we have a good harvest round the corner. We were catering to niche buyers earlier, but now we have begun to dominate the market and this will continue. Demand for exports is good,” said an export-import official of a New Delhi-based multinational firm, without wishing to be identified.

“The export trend for Indian rice is good. Most of the shipments are headed towards the Red Sea. Mainly, they are headed to Djibouti,” said Vidya Sagar VR, Director, Bulk Logix. From Djibouti, the rice consignments head to interior African countries such as Ethiopia.

According to the Agricultural and Processed Food Products Export Development Authority (APEDA), non-basmati rice exports, during the first half of the current fiscal, increased by about 75 per cent to 8.91 million tonnes (mt), valued at $294.03 billion from 5.08 mt valued at $158.30 billion during the same period a year ago.

Bangladesh is the top importer of Indian rice, buying 1.25 mt during the period, followed by Benin and China, which imported 0.685 mt and 0.675 mt respectively. Exports to Bangladesh and China have already exceeded the total shipments made during the entire 2020-21 fiscal.

According to the US Department of Agriculture, Indian rice exports are projected to be higher at 18 mt this year against earlier estimates of 17.5 mt. It will be lower than 20 mt shipped out last year. India has abundant rice and supplies are priced low, the agency said. The USDA, however, has pegged India’s rice production for 2021-22 at a record 125 mt against 122 mt in 2020-21.

“Since our production is set to be over 100 mt, buyers will wait to see how the prices behave. Also, the Food Corporation of India (FCI) will be in the market to procure supplies for the Central pool,” said BV Krishna Rao, President, The Rice Exporters Association (TREA).

FCI procures nearly 70 per cent of the paddy crop that arrives across various markets in the country.

Rice exports to China were consistent, though shipments to Bangladesh had slowed, said Sagar.

Rao said China continued to buy from India and from December onwards more brokens will be available for Beijing to import from here. China has preferred to buy more broken rice, which has made up over 90 per cent of total imports, from India.

“Broken will be in huge demand after December, especially from China,” said the export-import official.

The other issue with shipments to China is that it is buying rice in containers than in bulk like the African nations. Countries in North and West Africa are buying from India, with Benin leading in the purchases. Last fiscal, it bought 1.2 mt of rice from India and the year before it purchased 0.54 mt – more than any nation from the continent.

“A lot of volume trade is happening with West Africa. Thai rice has opened up now for exports, though,” Sagar said.

Price-wise and logistics-wise, Indian rice exports are competitive than Thailand, Vietnam or Pakistan. India offers its 5 per cent parboiled rice at $355 free-on-board (F.O.B), while 5 per cent white rice is quoted at $390 FOB.

According to the International Grains Council, Thailand is quoting $375 a tonne F.O.B for five per cent broken and Vietnam $428.

The USDA said though Indian prices have increased recently, Indian rice remains very competitive on robust supplies. The agency said Cambodia is not meeting Vietnam’s demand through cross-border trade and is set to double its exports to Hanoi.

Initially, India met Vietnam demand, exporting 0.42 mt during the first half of the current fiscal. For the entire 2020-21 fiscal, non-basmati rice exports to Vietnam were 0.29 mt, according to APEDA data.

On the other hand, global prices are fluctuating currently with currency movements. “The rupee has swung against the dollar. That saw prices being corrected by $14-15 a tonne,” said, Bulk Logix’s Sagar.

The USDA said Thai prices too fluctuated with the Baht movement.

TREA’s Rao said rice from the western coasts of the country were heading to East Africa, while from the eastern coasts they were going to West Africa.

Going by the USDA projections, India will be left with higher ending stocks this year. The Food Corporation of India had 22.92 mt of rice stocks as on November 1 and an additional 25.46 mt of paddy that can yield 16.2 mt of rice. These stocks are against the mandatory 8.25 mt of operational rice stock and strategic reserve of 2 mt.