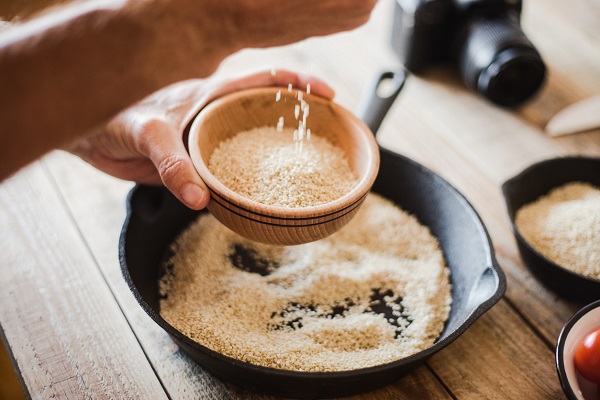 This volatile market for sesame seeds is becoming a concern for traders and farmers of the product.

The week has been slow and lazy for the crop after the price picked up on November 15. However, the domestic demand keeps the market a bit steady rather than going for a downward trend.

The Black Sesame seed has been steady in its price since it was increased on the day the market opened after Diwali. However, according to experts, the major buying for black sesame has been off after the festival ended.

This change is there even though the Korean Tender for 6600 has been declared. This is because the domestic buying for the product is still slow. Earlier it was assumed that with the arrival of Korean tender, the prices would move up for sesame seeds, but currently, it has failed to make an impact.

It remains to be seen which countries will be getting the opportunity to fulfill the Korean tenders in the coming days. Since China and Africa’s sesame seed process is down by $100 compared to the Indian crop, the traders are not confident about getting the major chunk of tenders. Last time Pakistan too was competitive in securing the Korean sesame seed tender.

According to experts, the chances of sesame seed prices going up are based on the upcoming Korean tenders and whom they choose to fulfill their requirements. If Korea, like last time, makes the major purchase from India instead of Pakistan and African countries, the chances of the Indian sesame seed market gaining at a price is quite likely.

It is now a wait-and-watch situation for the Indian sesame seed farmers and traders. Without the Korean tender for sesame seed, the chances of the spot market moving towards a bullish trend are unlikely.

The impact of the availability of good quality sesame seed is also going to impact the prices of the product. It has been reported only 30 percent of the sesame seeds hitting the market from the growing areas like Madhya Pradesh, Gujarat, Rajasthan, and Uttar Pradesh are of export quality.

Currently, the market is likely to stay between weak and steady until the Korean sesame seed tender for 6600 makes the final announcement from which country they are procuring the seeds. After which, the changes in the market will become apparent.