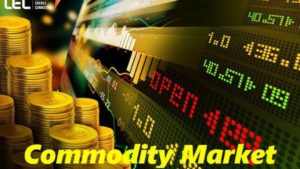 The previous week, most commodities held the price either stable or enjoyed a slight increase, which was a relief to the traders and farmers. Moreover, the lack of fluctuation in the price for various reasons, like less rainfall, more demand of the product, and less supply of some, traders aggressively stocking products along with the news of export tenders coming in keeping the market stable.

Commodities that enjoyed price appreciation this week are Cumin, Coriander, Turmeric, Sesame, and Peanut. In contrast, Red Chili, Cardamom, and Chickpea opening and the week’s closing price remained the same.

Cumin Seeds, A grade 99%, and all other varieties enjoyed price increase, as the traders are stocking aggressively. The price of cumin is likely to increase in the upcoming season due to the lack of rain in Rajasthan and Gujarat. As a result, the price rose to $2,02 per kg FOB from $1,97 per kg FOB.

The Eagle 5% Split Coriander seeds had a price increase from $9,95 per kg FOB to $1,01 per kg FOB because of increased domestic demand. Due to the festival season, there is an increase in spice buying by retailers and spice mills. Also, there has been a surge in demand for coriander seeds from the South of India.

Similarly, the demand for turmeric has pushed the market trend upwards, despite lower requirements from the southern mandis. As a result, the price of turmeric also increased from $1,16 per kg FOB to $1,20 per kg FOB.

On the other hand, it is steady due to the local demand despite a fall in export because of India’s higher rate for the price compared to Brazil and Vietnam. Black Pepper 500 GL opened the week at $5,25 per kg FOB and closed at $5,25 per kg FOB.

Sesame seeds continued with an uptrend because of less rainfall and upcoming Korean tender. The Natural 99/1/1 opened the week at $1,36 per kg FOB and closed at $1,40 per kg FOB. It is believed that the price of sesame will continue to improve or stay steady because of the less production in the Kharif sesame.