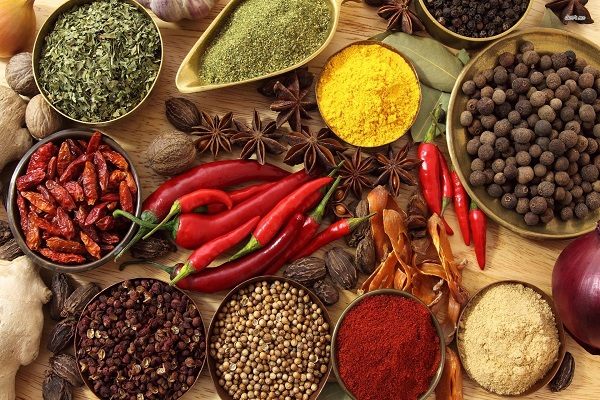 Last week there was a lot of movement in cumin. The market was bullish at the start of the week. Later, the prices of cumin remained down in mandis of Gujarat and  Rajasthan markets. Right now, there is less demand from domestic and overseas markets at current prices in the markets, as they are high. Demand from customers has been slightly halted; they are observing the market trend and applying a wait and watch policy. Despite the high prices, there is not much inward pressure on the mandis. After every uptick in cumin, some corrections will keep coming, but overall the future of cumin is positive. The Cumin prices were Recorded at $2,91 per kg FOB.

The market was bullish at the start of the previous week. Afterward, prices declined due to less demand and more arrival in Mandis. Right now, there is less demand at high prices in the export and domestic markets. The stockists who had purchased the goods at lower levels are now selling their stock and booking some profit at these prices. The pressure of arrival has started decreasing in the mandis of Gujarat, whereas the arrival is good in the mandis of Rajasthan and MP. Farmers are selling good quality goods at these prices. In the future, these prices may see a slight decline. Last week as there has been a lot of fluctuating in coriander, buyers prefer to wait and watch at present. The Coriander prices were Recorded at $1,55 per kg FOB.

The market in Black Pepper was a bit strong in the last few days, but on Saturday, the market trend was a bit weak. Demand is a bit low at current prices. Harvesting of the new crop of Black Pepper has started. Stockists and traders are waiting for the fresh crop to start purchases. According to experts, there is limited trade in black pepper; therefore, the market will run in a limited range only. Local traders might keep buying at lower prices. Traders say black pepper can be bought for a long period at current prices. Overall, the future of Black Pepper is strong and positive. Black pepper prices were Recorded at $7,85 per kg FOB.

Markets remained stable in Methi (Fenugreek Seeds) the previous week. Overall demand is good in Fenugreek. The arrival of new crops has started in every Mandi. Right now, farmers are less interested in selling their goods at these prices. As per experts reports, stockists and traders are planning to purchase goods at these prices. Reports state that prices of Methi will not fall by more. At these prices, Methi can be purchased for a long period. Fenugreek prices were Recorded at $0,95 per kg FOB.

In New Delhi,  Turmeric is reduced by $0,013 to $1,21 per kg. Recently it has accelerated. In Erode, about 6800 bags of turmeric were reported to have arrived, and the price remained at the level of the previous day. There is no hope of increasing turmeric in the spot in the next couple of days, but in the long run, turmeric prices are expected to improve. Turmeric Finger (Salem, Double Polished) prices were Recorded at $1,23 per kg FOB.

Red chilies rose by $0,06 and to $0,24 per kg due to weak supply and increased buying by stockists. Recently it has accelerated so much. Before that, it was reported that about 65-70 thousand sacks would arrive there. The price remained at the same level for a couple of days. According to traders, there is no possibility of red chilies decreasing in the spot in the coming days. Red Chili S4 stemless prices were Recorded at $2,12 per kg FOB.

In New Delhi, even after the temperature crosses 40 degrees Celsius, the sale of small cardamom has remained sluggish. As a result, seven and a half mm small cardamom remained frozen at the earlier level of $15,80 per kg. Recently there was a recession of $0,65 in it. The arrival of small cardamom has increased to 77,623 kg. Its average auction price in local markets slowed down to $12,07 per kg due to comparatively higher arrivals and increased buying. Earlier, in an auction held on April 2, this price was $12,19. There is no chance of small cardamom intensifying in the spot in the coming days. Green Cardamom 8 mm prices were Recorded at $17,99 per kg FOB.

There was no significant change in cloves due to a rise in temperature and sluggish offtake. Zanzibar origin cloves remained frozen at the earlier level of $9,61 per kg. Recently there was a slump of $1,32 in it. The market sentiments are getting affected due to hot weather and higher than normal prices. There is no hope of growing cloves in the spot in the next one or two days.