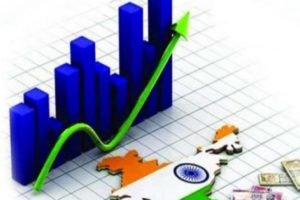 Over the last 75 years, Indian agriculture has made rapid strides. From a meagre 55 million tonnes, the production of food grains has increased to a record 308.65 million tonnes last season (July 2020-June 2021). Production of pulses, coarse cereals, natural fibres, sugarcane, vegetables and fruits have all increased manifold since Independence.

During the 1960s, India faced a shortage of food grains. In came the Green revolution, which made the country self-sufficient in food grains by the year 2010. Things have gone further, with India now being among the top 10 agricultural products exporters.

But these milestones are nothing considering the developments taking place, mostly under the radar, in the sector. It is now set to take off so that we should not be surprised if reverse migration happens towards the rural areas. There are ample signs that the process has just begun.

The Green revolution during the 1960s has led to many problems with a good amount of arable lands turning alkaline or saline.

Soil fertility has been affected, groundwater levels have dropped, and new pests and diseases. India introduced genetically modified crops in cotton but has not progressed any further with the introduction of consumable crops such as brinjal being opposed to tooth and nail.

A report by the Committee on “Doubling farmers income” said despite the production surge, 22.5 per cent of the farmers in the country are below the poverty line (BPL).

The report said it was a paradox that “land is a powerful asset and that such an asset owning class of citizens has remained poor is a paradox”. This, in short, is the background for the Centre to look at doubling farmers’ income by 2022.

Among the efforts made by the Centre to help improve farmers’ income were the new farm laws passed by Parliament last year. Now stayed by the Supreme Court, the laws were aimed at allowing the farmer to sell his produce anywhere to anyone in the county, enter into contract farming and help him sell to traders without worrying about the cap imposed through the Essential Commodities Act.

A section of the farmers in the country is opposing it, but those involved in working with the growers swear that the new laws are essential if farmers are to be freed from clutches of vested interests and traders.

Start-ups now view agriculture as a sunrise sector, with agricultural technology firms seeing immense scope in playing a big role in its development. These together have begun to attract the required investment in the sector that will be the key drivers in the days to come.

One of the key developments in the Indian agriculture sector is precise farming. Quite a few startups have taken an interest in this field, which now focuses on how farmers should plant their crops.

These firms use mainly apps to communicate with the farmers on the best time to plant their crop, irrigate it and apply nutrients or fertilisers. A couple of firms are now alerting farmers at least 15 days in advance.

Then, startups and even established players like Qualcomm guide farmers during the tenure their crop is on the field. Over here, machine learning (ML) and the Internet of Things (IoT) have been brought into play. By taking a picture of a plant’s leaf, which a farmer suspects to have been infected, ML and IoT can provide a lot of information on the problem and how to tackle it.

A few other start-ups now use technology to inform growers on the quality of their crop and the price it could command. Some now extend their services to the farm gate to either store their crops or preserve them in cold rooms that can be ready in a few hours. A couple of startups have launched infrastructure and cold chain links, including transportation, to help farm products reach our doorsteps.

There’s so much activity taking place at the back-end and backyards that many are not aware of. India may be a few years behind in catching up with technological developments in the field of agriculture. Still, thanks to the start-ups and their funding managers, farmers now realise how technology can transform their lives.

There are already reports of how the younger generation in IT is taking an interest in agriculture and is making good profits using technology. This is just the start, and more cards are going by the pace of how the trend is picking up.