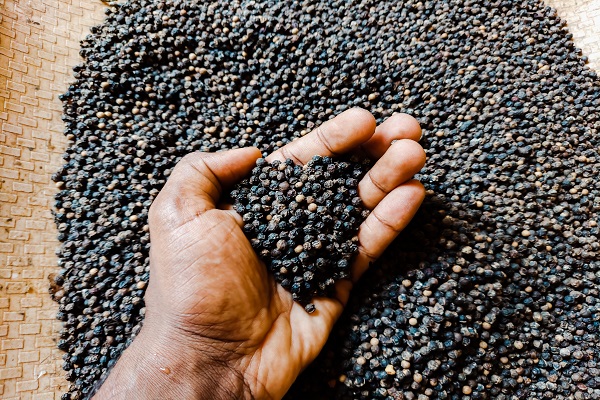 Since the market opened on November 1, the price of Black pepper has been in an appreciative mode. Moreover, the bullish trend continued after the market opened the post-Diwali celebration. Therefore, it was quite a relief for the Black Pepper traders when the prices remained steady during the market closure due to the Diwali festival.

Black Pepper market, since it opened after Diwali, has been keeping steady. Not only the Indian pepper market but the international market has been the same too. It was earlier expected that with the higher local demand for the spice with a lower supply of Black pepper in Kochi, the spot market prices are expected to increase. The main reason for the price increase was expected to occur since stockists are keeping their stock, expecting that the prices will increase in the coming days.

True to the expectation, the prices have increased post-Diwali. Furthermore, according to experts, the price of Indian Black Pepper is likely to increase due to the lowering of supply in the global market by the leading producers of Black Pepper.  It has been reported already Brazil exported 8.7 per cent less Black Pepper during the first nine months of 2021, which was about 61.845 tons.

The price for spice in the Indian market will continue to have a bullish trend as per the experts due to the arrival of winter and other festivals. The domestic demand will continue in the spot markets along with the opening of purchases from the US, Europe, China, Africa, and the Middle East will support the price increase for Black Pepper.

Black Pepper price started trending northward from the first day of November and stayed at that price till November 9, after which it increased again on November 10 and stayed the same till the market closed on November 11.

Farmers of Black Pepper in India are concerned about its production for 2022. Due to heavy and continuous rainfall, the standing crops are likely to face some growing issues as the moisture content on the soil has become quite high.

Karnataka’s Black Pepper growing areas like Kodagu, Hassan and Chikkamagaluru can have lower production due to the erratic climate plaguing these state’s black pepper growing regions.

All these factors are indicating towards lowering of the supply of the spice in the market. Amidst that, with lesser supply from Brazil, Indonesia and Vietnam in the global market, many international large importers of the spice are expected to look towards India to fulfil their requirement for the year-end demand. This will lead to traders fetching a good price for Black Pepper in the coming days and months, and the trend in the market is going to stay upward as per analysts.