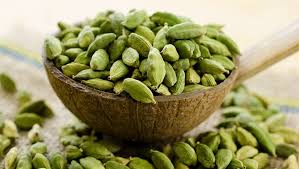 The average demand of the domestic cardamom market is poised to be slightly bullish due to the fresh arrival of the season. Usually, the average grade cardamom in local trade costs $16,98-17,12/kg. At the initial start of July, the price was $13,63/kg, which is below $13,69. But, the best grades fetched $21,23/kg in auction trading on 19 July.

The ongoing price contradicts the earlier assumptions that were a bearish mode on as increase in production. As per the local traders, looking at the tremendous demand, there are high chances of market expansion. Last year, 6500 tonnes of cardamom of $151,6 million were exported. Now, the harvesting season has just started 2 weeks back and is expected to flourish by mid-August. But, whenever arrivals to market come to rise, the traders’ price is likely to fall. As the price disadvantage in India compared to other countries like Guatemala, the overseas demand is less. The price of cardamom is still the same for the past 4-5 days, i.e. FOB $29,87/kg.

Compared to the last year, spice production will be more as per the growers in Kerala, district Idukki. According to the Spices Board Data, the total production was 22,52 kg, which is expected to be 30 kg -35 kg.

The shift to cardamom is due to the avoidance of black pepper, the Idukki district. Another factor is it costs less to produce in comparison to pepper. To produce cardamom costs $6.84/kg while pepper costs more than $9.58/ kg almost.

Hence, the cardamom price is soon going to have an upward move.