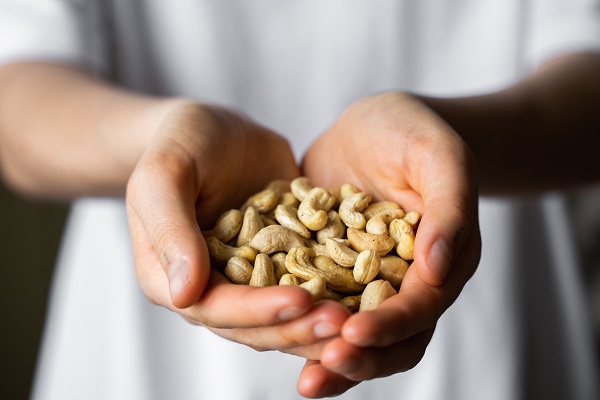 After the market opened post-Diwali, the cashew prices have improved. The price increase has occurred after a long time. The last price hike for the nuts was reported last month. Reports say that the price increase results from steady demand for the commodity with the pharmaceuticals, fintech, banking sectors, and logistics as a festival gift.

As the demand has soared, local retailers have been stocking up on items like cashew, pistachio, almond, and other dry fruits. It has been reported the dry fruit, and mainly cashew demand has reached the pre-Covid sale level.

Furthermore, earlier apprehension that Afghanistan’s political scenario will impact its trade with India will result in less availability of dry fruits, and the prices will soar has not been the case. There is a steady supply of dry fruits from Afghanistan, the US, and Iran. Earlier, a surge was seen in the price by 10 to 15% for a short time, but with the supply becoming steady, the prices have become stable and at times ascending slightly.

However, while the sentiment for dry fruits has been firm in the market, there is an overall drop in cashew sales for the Diwali festival by 20 percent compared to last year. The cause for the decrease resulted from a spike in the cashew kernel import, an increase in the raw nut prices, and taxation confusion.

But with the cashew prices moving up by 10 percent has proved beneficial for the retailers and traders despite low sales during the Diwali season.

All the varieties experienced price hikes on October 13 and remained at that price till November 10, when the price increased and remained steady till the market closed on November 11.

It is expected the demand for the nuts will continue to rise with Christmas and New Year. Traders are hopeful to have an improved sale for dry fruits for the coming days from bakeries as plum cakes, and Christmas cakes will be in demand.

With vaccination drive picking up, the economy bouncing back, offices opening, and fewer restrictions, the corporates are expected to play a massive role in supporting the market for cashews and other dry fruits. Hence, significant ordering of the commodities is expected from the conglomerates and bakeries during the upcoming festive seasons.

According to market experts, with people having the money and wanting to celebrate after the pandemic, there is a steady demand for the premium quality of cashews despite the overall lowering of the sale compared to last year.