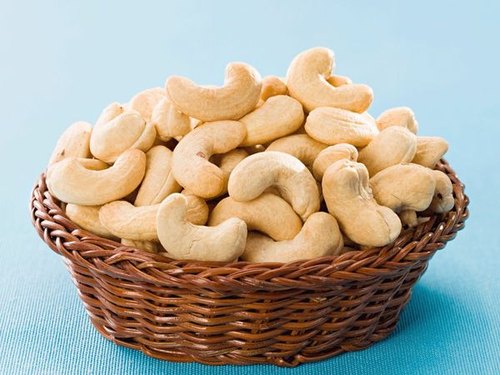 INDIA: For October, the cashew prices remained steady despite the lower demand for nuts from the US and EU. Despite the price drop in the last month, the ongoing nature in the market for the crop was because of Vietnam’s import of the produce.
The report says that Vietnam imported about 18.59% more in August 2021 than in August last year. The total import for August 2021 by Vietnam was about 274,736 mt RCN. It brought the country’s import between January and August to a tally of 2,427,092 mt RCN, which increased by 124.24% compared to last year.
The imported weightage of raw cashew kernels with Testa by Vietnam for August 2021 was recorded at 6,411.45 MT, which is about 28,495 mt RCN. This made the import of kernels with Teasta by 58% in 2021 and 17% more import overall than August 2021.
Furthermore, Vietnam has also exported more cashew kernels by August 2021 compared to last year. It’s estimated that since January 2021, the country’s cashew export has increased by 22.79% compared to the previous year and 5.15% more than during August. In August 2021 alone, Vietnam exported 50,747 MT of cashew kernels.
Vietnam has exported 10.28% more cashew kernels in August compared to last year. The country shipped 15,647 MT of the nuts the previous month, and so far, the export quantity is higher by 8.15% compared to the same period during the last year.
For the EU and other countries, the export is higher by 6.96% for August compared to last year, and the overall export is also higher by 29.26% between January and August than last year.
However, the export to China has lowered in the last month compared to the previous year by 17.36%. But the price for the crop is expected to remain steady or go higher as the demand for the produce will increase for Deepavali. This is because customers are opting for dry fruit boxes instead of sweets this year. Also, the relaxation of the COVID restrictions will boost sales.
Mainly Karnataka will enjoy a good festival season with Cashew sales because it was the only state that had the cashew industry functional during the entire year; as a result, the consumer segment is turning towards the state for its cashew purchase. Also, with the scarcity of processed kernels, Karnataka has been able to edge over its competitors in Cashew’s selling.
It is also predicted that increased demand for the crop will significantly improve the commodity’s price in the coming days, leading to Deepavali. Also, with the shortage of Almond in the market, California cannot produce the required quantity due to the draught. With Cashew being processed in India and the raw material being found in the country, the crop has the edge over other dry fruits. Another factor that will help the price of Indian cashews is the Taliban government taking over Afghanistan. The political turmoil can cause the country to produce lesser quantities and limited export of the product.