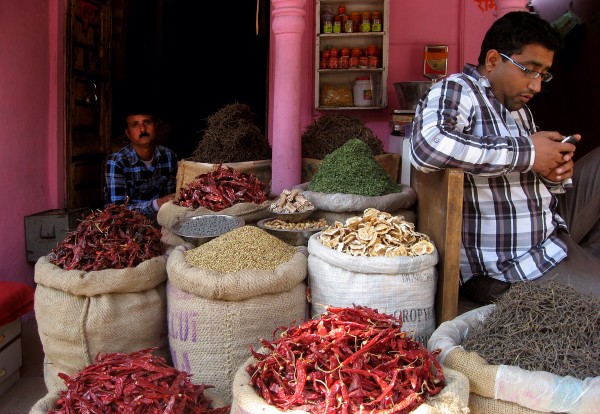 MUMBAI – Chilli continued to be the most sought after in the spices export basket, enabling India’s spices shipments to top the USD 3.5 billion marks in total exports during 2020-21 fiscal. In 2019-20, the figure was USD 3.03 billion. China has emerged as the No: 1 export destination for Indian spices over the last two fiscals, surpassing the USA. Sources in the spices export industry told BusinessLine that the dragon nation accounts for a majority of Indian chilli exports as well.

However, the latest export figure of China’s import of Indian chillies is not available now, but that country had shipped around 1.400.000 tonnes in FY 20 from a meagre 10.000 tonnes in FY 18, the sources said.
An industry expert said that China does not grow red chillies similar to Indian varieties, and Teja, Sannam, Bydagi are available only in India. Proper blending of these varieties makes it possible to prepare the right compositions for various markets. Indian chilli exporters can export to China with ease. Besides, China’s reduction of chilli procurement from strife-torn Syria, Turkey and Iran has also boosted the demand for Indian chillies.

Due to the pandemic, we saw an increase in the demand for almost every food item and Chilli was included. “What is going to happen next is still unclear, so the traders, importers and retailers have started stocking up the food items in larger quantities,” said Prakash Namboodiri, the former chairman of All India Spices Exporters Forum.

Last year many exporters were unable to process Chilli due to lockdown and other pandemic restrictions. “China bought and processed raw Chillies from India, and in the previous years, they used to do the same,” said Shivakrishna, director of NK Agro Exports India (Pvt.) Ltd. Chillies were demanded by other countries as well, such as Bangladesh and Thailand.

At the starting of July, the price of the Chillies was USD 2,10 /kg, and with a decrease, it is now stable for3-4 days to USD 2,05 /kg. Demand is yet to increase in the current financial year.

Apart from an increase in acreage, the output of Chilli is still the same. As Chilli output in FY21 has risen by 8 per cent over the previous years, it is expected that the farmers will cultivate more Chilli for the next season.

The country’s total 60 per cent of Chilli output includes the fresh harvest cold stored in Telangana and Andhra Pradesh. “The cold stored Chillies are still full and no expectations of an increase in price in comparison to 2020,” Morgan said.